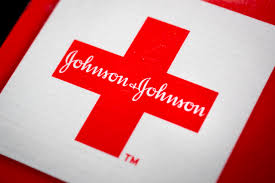 On the heels of a $ 572 million verdict handed down in Oklahoma yesterday to pharmaceuticals giant Johnson & Johnson, came reports Wednesday that Purdue Pharma, the maker of OxyContin, and the Sackler Family who own it are ready to make a deal. According to NBC News, an offer of $ 10 billion to $ 12 billion to cover some 2,000 lawsuits against the company is on the table. And, experts say, more defendants may soon pursue settlements given much larger litigation coming up soon in Ohio.

For sure, yesterday’s ruling was a resounding setback for J&J even as its investors cheered. They sent the stock up more than two percent in after-hours trading. Right after the markets opened this morning, the stock was up more than 3% from yesterday’s close. Compare that to reaction in late May as the trial got underway. Jittery investors sliced $ 20 billion off the company’s market cap over concerns around litigation risk.

So why did investors seem so relieved? “It’s not as big as it might have been,” says Elizabeth Chamblee Burch, of the University of Georgia School of Law and the author of Mass Tort Deals: Backroom Bargaining in Multidistrict Litigation. Oklahoma’s Attorney General Mike Hunter was asking for the full $ 17 billion that it will cost the state to fix the problem, not an amount that is proportional to J&J’s part in the opioid crisis. “He was trying to get the whole kit and caboodle.”

But despite investors’ sighs of relief in the wake of certainty, there is cause for longer term concern as the opioid crisis continues to ravage the country.

The Oklahoma trial has enormous significance beyond the state. Come October, an extensive and complex collection of approximately 2,000 opioid lawsuits consolidated in a multidistrict litigation in Ohio will get underway. In contrast to the transparency of the Oklahoma trial, the Ohio court process has been secretive. Many of the court documents are redacted or under seal. So Oklahoma has been a litmus test of sorts for what the evidence and defense might look like in Ohio and many companies seeing the resolution in Oklahoma will surely be adjusting their strategies going forward. “[Oklahoma] is one state and not even a particularly large state in the grand scheme of things. This is a real setback,” says Lars Noah, a law professor at the University of Florida. Which doesn’t bode well for the much larger group of defendants in the upcoming case, Purdue, McKesson, Cardinal, and CVS, among them. “If you extrapolate that across the other players, that is a mammoth exposure. The pressure on the defending class to settle is going to be enormous now.”

J&J was the only company on trial in Oklahoma, but it wasn’t the only one originally in the Attorney General’s crosshairs. Months before the trial, Purdue and the Sackler family that owns the maker of OxyContin came to a settlement of $ 270 million. Just ahead of the trial, Teva, an Israeli generic drug pharmaceutical, settled for $ 85 million. J&J decided to fight the charges as the sole defendant, as it tends to do when faced with such litigation as this. J&J’s verdict, it should be noted, is a lot higher than Purdue Pharma’s pre-trial settlement.

The opioid drugs in question were a tablet called Nucynta (divested since 2015) and Duragesic, a transdermal fentanyl patch. Also part of the litigation: two companies that J&J owned until 2016 that produced and processed ingredients from patented Australian poppies for use in its own and other companies’ narcotics. The State argued that it helped fuel the crisis, and called J&J a “co-conspirator” and a “kingpin.”

And the judge agreed, ruling that J&J needed to help clean up the mess: “The state met its burden that the defendants Janssen and Johnson & Johnson’s misleading marketing and promotion of opioids created a nuisance,” Judge Thad Balkman said. “Specifically, defendants caused an opioid crisis that is evidenced by increased rates of addiction, overdose deaths and neonatal abstinence syndrome in Oklahoma.” Janssen is the pharmaceutical company owned by J&J.

But there was something else worth noting in the judge’s statement that sounds like an indication of more on the horizon: “Whether additional programs and fundings are needed over an extended period of time, those are determinations to be made by our legislators and policy makers. In this moment and based on this record, this is what the court can and will do to abate the nuisance.”

Translation: More money might be needed, but that is for somebody else to decide. Says Burch: “If it’s an ongoing crisis and new costs are incurred, you kind of wonder, are they going to sue again in the future?” Considering the political and public outcry around opioid addiction, it’s certainly in the realm of possibility. That won’t be good for J&J or other companies involved in the production and distribution of opioids in Oklahoma. Or anywhere else for that matter.

J&J said it will appeal the ruling. But because this was a bench trial—which means it was decided by a judge and not a jury—the arguments won’t focus on the jury and how it might have been confused or unduly prejudiced. It will likely focus on legal error in the state’s application of public nuisance law, says Burch. A statement the company put out after the verdict says as much: “The decision in this case is flawed. The State failed to present evidence that the Company’s products or actions caused a public nuisance in Oklahoma. The State’s claims violate fundamental principles of due process by seeking to hold a company liable for conduct permitted under federal law and regulations. It also disregards 100 years of precedent in public nuisance law, which traditionally has been applied to resolve property disputes, not lawsuits involving the sale of goods.”

The trial hinged on proving that J&J was engaging in conduct that was a public nuisance. Public nuisance claims, in the past, have been somewhat exploratory. In gun litigation public nuisance arguments did not work. Lead paint had mixed results. And tobacco settled before public nuisance theory was actually litigated.

Before Oklahoma, public nuisance claims related to opioid addiction have not been litigated so this state trial sets a sort of precedent, though it should be noted that each state has its own version of public nuisance law. North Dakota has rejected public nuisance claims for or opioids, though the dismissal is being appealed. Now that a judge in Oklahoma has accepted a nuisance argument for opioids, it makes the coming multi-district litigation in Ohio a lot more precarious for companies defending themselves. Plaintiffs and defendants will be making comparisons about whether their claims look more like Oklahoma or North Dakota.