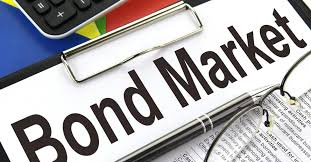 How can you describe today’s global bond market? Bizarro World.

That’s the term global asset management company Schroders finally settled on. The reference is from Superman comic books in which a cubical “anti-Earth” provided running humor as everyone did and thought the opposite of normal.

“We’re living in something very unusual that you don’t think makes any sense but that’s the world we’re in,” said Lisa Hornby, a Schroders fund manager. Indeed, between a yield curve that keeps inverting, 30-year yields that are periodically dipping below 2%, and negative yielding bonds in some countries, it’s been a weird, wild summer. Here’s what’s happening—and how investors can start to make sense of things.

The U.S. 30-year Treasury closed with a yield of below 2% for the first time in history last week, even as the economy here has continued to see an expansion. It has since risen a bit, but the psychological shocks of an historical low are significant. Germany for the first time on Wednesday sold 30-year bonds with negative interest rates. Buy one and in three decades you get back less than you paid.

Low yield rates can be great if a person or company needs a loan for a house, a car, or machinery, because rates of loans often depend on how much different types of Treasury bonds pay. But if you’re trying to make money through investments or savings, they are bad news.

A yield curve is a graph of the interest paid on bonds of different maturity, from one month to 30 years. Normally, the graph moves upwards from left (with the shortest term bonds) to right (where the longest maturities are). That’s because people typically expect to receive more interest if they commit money for longer periods of time.

But yields for longer-term bonds have been dropping for decades. We’re living in a time of perpetually low long-term interest rates.

“This is one of the most important changes in our capital markets in a long time,” said Chester Spatt, a professor of finance at Carnegie Mellon University and a former chief economist at the Securities and Exchange Commission. “It’s not simply that the U.S. has low rates. We see low rates around the globe.”

“Because future inflation is seen as contained and the global economy is slowing, investors are willing to accept relatively modest yields on long-dated bonds at the back end of the curve,” Robert Reilly, chief investment officer for Sandy Cove Advisors, said to Fortune in a note.

For example, the two-year bond could have a higher interest rate than the ten-year ones. This ‘yield curve inversion’ is seen as a historical sign of a recession, because the relationship between the shorter and longer yields means investors have less faith in future returns. The reappearance has thrown many into a tizzy.

In the past, inverted yield curves that preceded a recession were accompanied by the Fed raising interest rates. Recently, though, the Fed has been lowering rates, confusing the picture and leaving people and companies even more uncertain about how to plan.

Governments sell bonds at auction, with would-be owners bidding on them. Each bond has a face value, or par, and a yield. The more demand, the greater a percentage of the face value a bond commands, because people bid against each other. The higher the price, the lower the yield because people are willing to take less to maintain money in U.S. bonds, which are perceived as a relatively safe haven.

As the demand for U.S. bonds drives down their yield, it also reduces the amount of interest other institutions, like banks, for example, provide to depositors or investors. Most people need to save money for retirement, a vacation, or to invest in a business.

In the recent past, individuals depended on the financial power of compound interest to take an amount of money and greatly increase it over time to reach goals. But the smaller the interest rate, the less money at the end. To meet the same goals, you now need much more cash in the beginning, which is far harder to achieve for many.

One of the more shocking developments across the globe of late has been negative yields.

“We see negative [bond interest] rates in Germany and Japan,” Spatt said. “We’ve seen very low rates in Britain as well.” There is even the possibility that negative rates could ultimately be seen in the United States. Right now positive, if small, U.S. yield rates have become a haven that attracts investment dollars from around the world. But the possibility of going negative is there.

There are three reasons why people or institutions buy bonds with a negative yield. “One of them is that you’re a regulated entity and you are required to have a certain amount of fixed income [government bonds] and you don’t have a choice,” Hornby said.

The second reason: You might make money with a negative yield, at least if rates keep dropping. The bonds you buy today are worth more than the those others buy next week. “A ten-year bond may yield negative 60 basis points [which is 0.6%], but if you think they’ll yield negative 80 basis points next week, you buy them on speculation,” Hornby said.

Then there are buyers, frequently institutions like pension funds, which need money at a specific time in the future to pay benefits in a local currency. In that case, a negative-yield bond may become a money hotel. Pay to park money to be sure it’s available when you want it.

“The ramifications [of current bond behavior] for average people are quite big,” Reilly said. Beyond into lower income for people, lower interest rates affect businesses and even governments. All pension plans count on the work of interest over time to help make enough money to pay future benefits.

The grand result is that people have to rethink how they save. If low rates are here for the long-term, then you’ll need to save more to build adequate savings because there aren’t the higher levels of returns that can make up the difference.

Get used to Bizarro World.