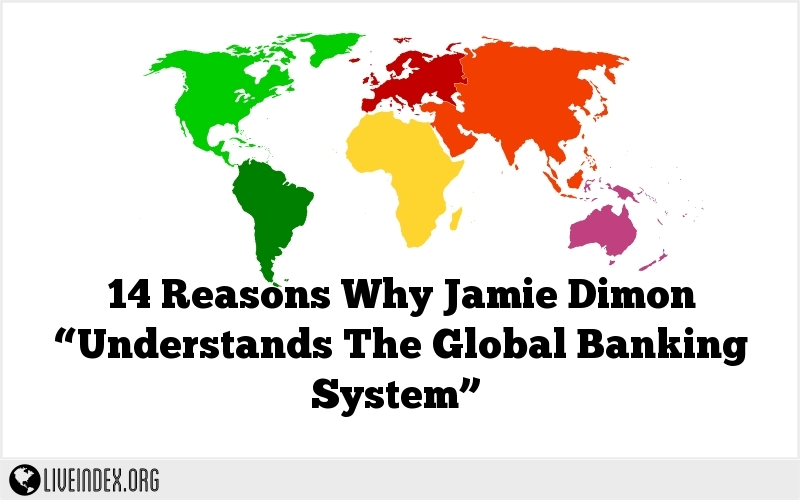 According to the afterword to her book “A Fighting Change” Elizabeth Warren recounts a visit by jamie Dimon to her office shortly after she was sworn in. She said that when Dimon complained about stiffening regulation she warned him CFPB rules might take effect that would spell trouble for the bank. Warren said Dimon “leaned back and slowly smiled,” and then replied, “So hit me with a fine. We can afford it.”

Afford it he can, over $ 30 billion and counting… or rather JPM’s shareholders can – the same shareholders who would have been wiped out had they not been bailed out by the same government that is now punishing JPM for years of market rigging and manipulation, and yet is terrified of throwing anyone in prison. Which is also why Dimon is not only richer than you, but richer than almost everyone else now that he is a billionaire.

He also carries a grudge. According to Bloomberg, during a speech on Wednesday at an event in Chicago, when talking about Elizabeth Warren Dimon said: “I don’t know if she fully understands the global banking system.”

Perhaps his comment is in response to Warren’s recent statement that “the finance guys argue that if you’re never in the club, you can’t understand it, but I think they have it backward. Not being in the club means not drinking the Kool-Aid.”

She added that such bankers are smart, but no smarter than people in many other professions, she said. When their mistakes led to the financial crisis, they “took care of themselves and their bonuses while millions of people lost everything.”

She is right, of course, but the bigger problem is that it was the government’s actions and the Fed’s policy that enabled bankers to socialize losses and privatize profits. They still do.

As for Warren, she may or may not understand the “global banking system”, but Dimon certainly does as the following 14 “reasons” clearly confirm.

The Fannie and Freddie Fines

The Big One: Misleading “Toxic Mortgages”

JP Morgan joined the likes of UBS, Citigroup, and Royal Bank of Scotland in being fined for currency manipulation and collusion-like efforts on the part of the financial institutions. Investigations revealed instant messages between traders of the institutions showing plans to buy and sell currencies after market close in order to manipulate foreign exchanges in their favor. JP Morgan was fined $ 996 million by U.S. and U.K. regulators along with an additional $ 350 million dollar fine from the Office of the Comptroller of the Currency (OCC).

Price tab: over $ 30 billion in fines and counting. But don’t worry about Jamie: “he can afford it.”