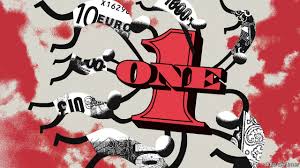 What comes after Bretton Woods II?

“THERE IS NO longer any need for the United States to compete with one hand tied behind her back,” Richard Nixon, then America’s president, told his countrymen in August 1971. With that speech, he heralded the end of the post-war economic order, suspending the convertibility of the dollar into gold and putting up tariffs on imports. The survival of today’s order, which emerged from the chaos that followed, now also looks in doubt. In other circumstances, its demise might not have been mourned. But with each passing August day, the prospects for a happy shift from one global monetary regime to another look ever grimmer.

International trade is complicated by the fact that most countries have their own currencies, which move in idiosyncratic ways and can be held down to boost competitiveness. Governments’ efforts to manage currencies are constrained by certain trade-offs. Pegging them to an external anchor to stabilise their value means either ceding control of domestic economic policy or restricting access to foreign capital flows. Systems of monetary order, which resolve these trade-offs in one way as opposed to another, work until they do not. The context for America’s economic showdown with China is a system that worked once but no longer does.

Such things happen. The first great age of globalisation, which began in the late 19th century, was built atop the gold standard. Governments fixed the value of their currencies to gold, sacrificing some control over the domestic economy. This trade-off became untenable during the Great Depression, when governments reneged on their monetary commitments. As one after another devalued, angry trading partners put up tariffs, and the world retreated into rival currency blocs. In 1944 Allied nations had another go at crafting a monetary order at a conference in Bretton Woods, New Hampshire. Participating countries fixed their currencies to the dollar (with some room for adjustment). The buck, in turn, was pegged to gold. The truce survived a mere quarter-century. As America’s trade balance sagged and inflation rose in the 1960s and 1970s, faith in the dollar’s peg to gold waned. Drastic fiscal and monetary belt-tightening might have restored its credibility abroad, but at great cost at home. Forced to choose between the domestic interest and the survival of the global monetary system, Nixon abandoned America’s Bretton Woods commitments.

The present system, often described as Bretton Woods II, slowly emerged from the ashes of the post-war order. The dollar’s dominance did not end. Much of the world’s commerce trades in greenbacks. Changes in America’s economic policy still echo around the world. A stronger dollar depresses global trade, research suggests, while tighter American monetary policy straitens global financial conditions. Through bitter experience, emerging economies learnt that protecting themselves against these gales meant accumulating large dollar reserves, which began to pile up in the 1990s and peaked in 2014. Emerging-market dollar purchases kept the greenback overvalued and boosted the competitiveness of emerging-market exporters. America began running large, persistent current-account deficits. In other words, its excessive consumption was funded by lending from the emerging world, which invested its dollars into American assets. This flow of money—from reserve-accumulating economies, China chief among them, to America, and from American consumers back to reserve-accumulating economies—defined Bretton Woods II.

The regime never looked particularly sustainable. America could not borrow from abroad for ever, and persistent current-account deficits ate away at its export industries. In the 2000s some economists worried that investors might lose faith in the greenback, precipitating a collapse in the dollar and a global crisis. Fewer observers predicted that America might tire of its role in the system, or that damage done to American communities by deindustrialisation might make politicians across the spectrum sceptical of the gains from globalisation.

For a time, though, a benign end to Bretton Woods II seemed possible. As Europe’s economies became more integrated and China grew, the prospect of a multipolar world, in which the dollar shared reserve-currency duties with the euro and the renminbi, loomed. European and Chinese consumers would play as important a role as American ones—and global imbalances would shrink. Alas, history has had other ideas. Amid the turmoil of the past decade, investors have clung to the safety of dollar assets, reinforcing America’s monetary hegemony. Debt crises have undercut faith in the euro. Confidence in the renminbi’s inevitable rise has been dimmed by China’s slowing growth, and its diminished enthusiasm for reform. Meanwhile, the present system looks more vulnerable than ever. President Donald Trump’s spiralling trade and currency wars threaten to topple Bretton Woods II, even as attractive alternatives to the system fade.

A minimally disruptive end to Bretton Woods II remains within the realms of possibility. Its fate might resemble that of Bretton Woods I, especially if Mr Trump loses office in 2020. Democrats are more economically nationalistic than they used to be, but still mindful of the value of global co-operation. President Bernie Sanders or Elizabeth Warren might seek a one-off depreciation of the dollar while recommitting America to a rules-based system of global trade. A recession in China could scare its leadership into offering concessions on trade that America would accept.

But the experience of the 1930s may prove a more apt guide. In the absence of a co-ordinated adjustment to exchange rates and a peaceful end to trade hostilities, the world could stumble into a cycle of competitive devaluations and tariff rises. As trading relationships unravel, countries may organise themselves into rival economic blocs. It is hard to imagine the world repeating such an ugly era of history. But not as hard as it used to be. ■