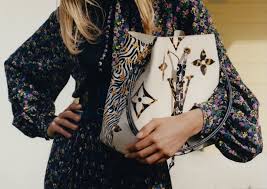 Plunge in 30-Year Treasury Bonds Spells the End of America’s Golden Age, to Some

On Friday, the yield on a 30-year Treasury bond briefly dropped below 2% for the second time in history. The first was on Thursday.

No big damage was evident, but some were reminded of an icy economic wind: the decades-long downward trend of 30-year bond yields. The 2% mark aside, the trend may be a sign of the end of the American Dream, predicated on the idea that ongoing growth will create social mobility and let your children do better than you.

“Yes,” said Lisa Shalett, chief investment officer for Morgan Stanley Wealth Management. “We can talk about things that are technically influencing it, but the trend line is an extraordinarily sad and depressing state of affairs.”

Since 1990, the yield of the 30-year bond—except for a 4-year period when the Treasury took it off the market—has seen a straight-line descent from a high of more than 9% to current rates around 2%.

The trend is a picture that some major money advisors have been trying to explain to their clients for years now. A combination of factors seems to herald a point where overall long-range growth is virtually nonexistent.

How bonds get priced

The U.S. Treasury Department doesn’t dictate yields. Instead, it makes bonds of a given denomination and maturity term available at auction. Bids set the final price, with “par” being the face value, and the yield. A classic example of supply-and-demand determined pricing, the more buyers, the more competition there is for the bonds. The more competition, the more people have to pay to get the bond and the less the Treasury needs offer in yield.

“We would think the steady state for the 30-year bond would equal the natural interest rate plus inflation expectations plus the liquidity and risk premium,” said Rich Higgins, an assistant professor of economics at Colgate University.

The natural interest rate is the one an economy organically exhibits from the combination of population increase, availability of natural resources, and productivity and efficiency improvements that technology bring.

To the natural interest rate, add inflation—an overall additional change in how an economy grows that can occur from many factors—and the liquidity and risk premium that people want for leaving money tied up for 30 years.

The definition explains why a sub-2% 30-year bond yield is worrying. The Federal Reserve targets the maintenance of a 2% long-term inflation rate. Subtract that from the yield and you’re losing money in real terms.

Why yields have been dropping

The easiest classical economics explanations for falling yields tend to focus on the years since the Great Recession. A global chase for money and returns has seen the U.S. as a safe haven in a world teeming with negative interest rates. The more institutions and people vying for a set number of bonds, the higher the price and the lower the yield.

“When you look at the flow data, all of the money is going into bonds and very little is going into equities,” said Emily Roland, co-chief investment strategist at John Hancock Investment Management. During this year alone “there’s been a huge trend of investors selling equities and buying bonds,” she said.

Additionally, inflation has stayed at bay. “We haven’t seen any upward pressure on wage growth at all,” Roland said.

The economy, by an important measure, has been slowing, further reducing inflation pressure. The Conference Board’s Leading Economic Index, which declined 0.3% in June after no change in May and a 0.1% increase in April. “The latest tick for last month showed a year-over-year increase of 1.5%,” Roland said. “That compares to 7% in the fall.”

But that still doesn’t explain the longer view. What does is the human psychology of expectations. “You can look at long-run productivity gains, long-run growth, and have an idea of what they’ll be,” said Rebecca Neumann, professor and director of undergraduate studies in economics at the University of Wisconsin—Milwaukee. “Then the expectations play in.”

There is even a theory in economics that “expectations of inflation drive interest rates,” Neumann said. Many people in the current economy don’t remember times of double-digit inflation and interest rates. Increasingly, they expect low inflation because that is what they’ve always seen, creating price increases and lower expectations of salary growth that helps cap inflation. The last time inflation was over 10% was in 1981. People under 39 weren’t even alive then, let alone aware of how it can go.

Changing demographics play in ways other than memory. “About 20 years ago we put out research we called the race to zero based on long-term demographic trends,” said Michael Collins, senior portfolio manager at PGIM Fixed Income. “Interest rates are really correlated to growth, which is correlated to the growth of the labor market.”

But labor markets have been shrinking in Japan for 20 years and in Europe for 10. Now they’ve begun to in China and the U.S. Prices tend to drop as average age increases, according to Collins, which is anti-inflationary.

The message isn’t one that many take kindly to. “People look at us like we’re crazy,” Collins said.

The ultimate result of low interest rates has what Shalett sees as a potentially inescapable implication.

“Economists can talk about money flow and people are buying the 30 year to hedge against stocks or they’re running away and escaping negative yields in other countries,” Shalett said. “But the reality is that someone buying a 30-year bond today that a 2% dividend—which is supposed to include some growth, inflation, and some risk—is willing to accept a 2% yield as a good investment. That means they aren’t all that excited that there are a lot of good investments out there that are going to return 4%, 5%, 10%, 20%. When you have bond prices that low and staying there, that’s a sad state of affairs.”

It may be the end of growth as we’ve come to expect it. But don’t call this the new normal. We’re living through the new abnormal.