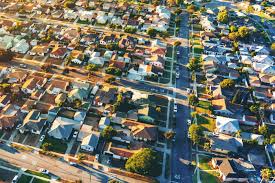 Flyhomes has found success as part of a wave of tech-enabled startups aiming to transform the way Americans buy and sell their homes.

Now, the Seattle-based company hopes to scale up and expand its product offerings after sealing $ 141 million in new financing, Flyhomes announced today. The freshly-raised capital includes a $ 21 million Series B round led by early-stage venture capital firm Canvas Ventures, as well as $ 120 million in debt from lenders including Goldman Sachs-backed Genesis Capital.

Flyhomes seeks to streamline the home-buying process for its clients as an alternative to the traditional realtor model still used by the vast majority of Americans. Its platform allows prospective buyers to make all-cash offers for the homes they want to buy, and also provides mortgage, title, escrow, and home improvement services to those buyers.

As part of the new financing—which also includes participation in the Series B round from existing investor Andreessen Horowitz—the company is scaling up its new Trade Up program, which lists and sells clients’ existing homes on their behalf. The new offering is meant to free buyers from the dilemma of worrying about selling their home before purchasing a new one, with Flyhomes guaranteeing a sale within 90 days or the company will buy the house itself.

CEO Tushar Garg told Fortune that the influx of cash will help Flyhomes further grow its presence in its home market of Seattle and its second Bay Area market, as well as flesh out its pilot programs in Southern California, Portland and Boston.

“We’re integrating the home-buying experience, and asking how we can make the lending process easier,” Garg said, noting that 60% of Flyhomes’ home buyers in Seattle take out loans from the company as well. “The problem is that most buyers don’t have their own cash; we want to provide that to all buyers. It’s a short-term loan, from a financial asset perspective.”

That model is meant to “level the playing field,” according to Garg, in the supply-constrained markets that Flyhomes is active in, where all-cash buyers are at an advantage over those who can only offer a down payment. Since launching in 2015, Flyhomes says it has helped more than 1,000 clients close on more than $ 1 billion worth of homes bought and sold, and has also closed over 300 mortgages since launching its lending brokerage business in June 2018.

“Real estate is such a large market that has experienced very little innovation, and I think it’s ripe for someone to come in and reinvent the [home-buying] process,” Canvas Ventures general partner Mike Ghaffary told Fortune.

Ghaffary noted Flyhomes’ model is particularly well-suited to millennials who “want a home-buying process that blends with the way that they use technology.”

“For any American, this is the largest financial transaction they’ll ever be a part of in their lives,” he said. “You’ve got to talk to a bunch of people, you’re not sure what to believe or what you can afford, and it’s extremely stressful.” Flyhomes’ model, Ghaffary added, “simplifies all of that for you.”

Flyhomes also hopes to increase its headcount with the new funding, with the 135-person company hoping to grow to more than 160 employees by the end of the year, according to Garg. The Series B round follows up on the firm’s $ 17 million Series A round in May 2018, which was led by Andreessen Horowitz.

Andreessen Horowitz general partner Alex Rampell said the venture capital firm’s investment in Flyhomes was guided by the thesis that “in the future, you’re going to be buying or selling your house from a company, as opposed to a real estate agent.” He cited home-selling startup Opendoor as another company that has found success with a tech-oriented approach to the housing market.