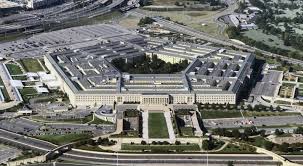 Sowing Panic Is Trump’s Latest Strategy to Influence the Fed

Most investment advisors will tell you to stay calm when the market surges and swoons, such as during the 500 point drop the S&P 500 saw last Monday, the nearly 400 point drop the Dow took this Monday, or the 400+ point rebound the Dow saw Tuesday after President Trump tweeted he was delaying some tariffs. But here’s some uncharted territory: what do you do when the leader of the free world isn’t just witnessing the panic—he’s creating it as part of a calculated strategy to force the Fed’s hand?

Indeed, market watchers say that President Trump is leveraging his ability to create volatility and panic inside financial markets as an economic policy tool, helping him to get what he wants most from the Federal Reserve: lower interest rates to weaken the dollar and give the economy a short-term jolt before the 2020 elections.

“What’s different now for markets is that we have a sitting president who can control the news cycle with a single tweet,” says Scott Buchta, head of fixed income strategy at Brean Capital. “It’s not like in the old days when a press conference was announced, everyone in the press corps showed up and traders had a chance to get their positions in order. Today, markets can’t preemptively prepare for the new news cycle, which is controlled by Twitter.”

Interest rates, for the record, are a topic Trump has tweeted about some 17 times this year, even though he has no official say on how the Federal Reserve sets interest rates.

“It’s not a coincidencethat Trump decided to announce that he was escalating trade war tensions the day after the Fed cut interest rates less than he had called for,” said Joseph Song, senior US economist at Bank of America Merrill Lynch. “He has a growing sense that if he can ratchet up market tensions enough, he can force the Fed toease policy.”

Particularly by tweeting about the trade war with China, the President has found a highly effective means of disrupting markets and dislocating investors’ forecasts on the path of the economic cycle, generally leading them to think a recession may be coming sooner than they had previously surmised.

Importantly, that kind ofvolatility not only creates chaos on markets with big price swings up and down, but it effectively weakens the Federal Reserve’s ability to communicate the path of interest rates to markets, one of the primary way it conducts monetarypolicy.

“The Fed is in real dangerof losing the narrative around the economy,” said Michael Pearce, senior US economist at Capital Economics. “While [Fed Chair] Powell tried to insist that they weren’t in a rush to cut interest rates again the market has gone well beyond them, and now they are leading the Fed. That’s enough to force the Fed to cut rates further if they don’t want to cause more damage to markets and theeconomy.”

“A lot of investors have thrown their hands up in the air and taken risk off the table as it is very hard to trade in an environment driven more by headlines than by economic fundamentals,” adds Brean Capital’s Buchta. “Accordingly there has been a lot of blood on the street since the beginning of August.”

Likewise, as Zoltan Poszar at Credit Suisse Economics recently pointed out in a research note from August 12, the resolution of the debt ceiling debate means the US government will issue over $ 800 billion in net new debt and increase cash balances at the Fed by $ 200 billion by the end of the year—leading to “acute funding stresses” due to oversupply that leave the Fed with only one option: to cut rates.

“How many cuts are needed to keep funding stresses at bay? Three more cuts will do – that’s what the plumbing suggest we need inventories to clear,” Poszar said.

The desire to influence the Federal Reserve, of course, was not invented by Donald Trump.

A recent editorial bylined by Paul Volcker, Alan Greenspan, Ben Bernancke and Janet Yellen slammed political interference into central banking. “An economy is strongest and functions best when the central bank acts independently of short-term politicalpressures and relies solely on sound economic principles and data. Examples abound of political leaders calling for the central bank to implement a monetary policy that provides a short-term boost to the economy around election time.”

Of course, most on Wall Street believe that an independent Fed is worth protecting. But that doesn’t mean it’s smart to stake out bets against volatility generated from the White House.

“When it comes to the Federal Reserve, there’s a reason it’s set up to be independent and should remain that way,” said Buchta. “And everyone who sits on that board understands that. But again, we’ve gotten to a transition point where headline risk is taking precedence over fundamentals.”

But is edging the economy towards a premature recession by exacerbating fear and anxiety in already wobbly markets worth it? And is it worth tanking financial markets just to win a politically charged scuttle with the Fed?

For better or worse, wewill soon find out.