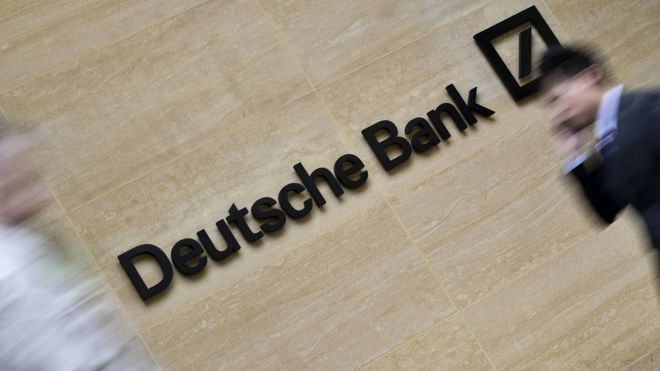 The Death of Trading: Why More Big Banks Think the Business Is a Losing Bet

The news last month that Deutsche Bank was axing its global equities trading operations—and cutting roughly one-fifth of its total workforce in the process—shook the banking world to its core.

Yes, the sheer extent of Deutsche’s cutbacks may be unique to the beleaguered German giant’s deep-seated issues. But the reality is that when it comes to the glamorous world of trading, more and more big banks are finding it an unprofitable proposition—and scaling back accordingly.

Case in point: last week’s revelation that Citigroup is bracing to cut hundreds of jobs across its trading division, including at least 100 positions in its equities-trading unit, according to Bloomberg. That comes as Citi’s equities trading revenues declined 17% year-on-year through the first six months of 2019. Other banks have taken similar measures in recent months; Paris-based Société Générale announced 1,200 layoffs in the division that houses its trading activities in April.

And more broadly, major investment banks are doing whatever necessary to cut costs, whether it’s Goldman Sachs pulling back at its once-vaunted commodities trading desk earlier this year, or Barclays laying off 3,000 employees “across the board” in the second quarter.

Yet it is traders that seem to be paying the steepest price, having fallen victim to a confluence of factors that have hurt big banks’ ability to compete in the world of equities and fixed-income products. Among the culprits? Automation, but also fierce competition from smaller, more nimble players on Wall Street—including non-bank entities that don’t have the capital requirement regulations imposed on banks following the Great Recession.

Without a doubt, the “electronification” of stock and bond trading has lessened the need for headcount at trading desks. While products like derivatives and high-yield credit still often require the need for human interaction, traditional cash equities and fixed-income trading has become an increasingly automated proposition.

“What we’re seeing is less need for human traders, and we’re also seeing some businesses be consolidated,” according to Sandler O’Neill anaylst Jeff Harte, who covers the banking sector.

Harte points to Citi’s decision to consolidate its equities, prime brokerage and securities services units into one division as part of an “ongoing effort to make trading businesses more efficient,” and one that is “leading to a general decline in heads.”

He adds that Citi and other banks that are now reducing their trader counts have generally been “slow to the punch” in addressing headwinds that have impacted their profit margins—and only expects the trend to continue. “I think we’ll keep seeing trader counts ratchet their way down across Wall Street,” Harte says.

For Citi, it is a particularly painful development given the extent to which the bank has sought to build up its trading business in recent years, extending its reach beyond the consumer-facing retail offerings that give it much of its name recognition. And though Citi’s robust consumer business does soften the blow when it comes to a challenged investment banking sector, the pullback in its trading operations is a testament to how hard even the largest banks are finding things these days.

Compared to equities heavyweights like JPMorgan Chase, Morgan Stanley and Goldman Sachs, the likes of Citi and formerly Deutsche Bank have found themselves “second-tier players,” according to Christopher Whalen, a former Bear Stearns banker and chairman of financial services consultancy Whalen Global Advisors.

“It’s a different world than when I first got into the business, and it’s hard to get people to do this cash [trading] stuff,” Whalen notes. “Derivatives are different, but cash stocks and cash bonds—no.” He adds that while smaller, boutique investment banking players have a more commission-oriented, “eat what you kill” approach to the business, “the big shops still have this strategy of salaries and bonuses, and you just can’t do that anymore.”

Instead, the likes of Citi are better off focusing on segments like consumer banking, which even traditionally investment banking-focused players like Goldman Sachs increasingly getting into.

“If you look at what Citi’s got, consumer [banking] is far and away the most valuable part of their book,” Whalen says. “If you have a choice between consumer [banking] and capital markets, you’re going to do the former—it’s much more stable. With capital markets, you put people at desks and hope they make money. All of the second-tier [trading] players are getting culled.”

In general, the banks now find themselves competing in an environment that has changed drastically in the decade since the Great Recession. With non-banking entities, like private equity firms and debt funds now holding an unprecedented amount of assets—and those players not subject to the same capital requirement regulations that banks are—balance sheets aren’t as robust as they once were and banks find themselves unable to play in the same high-risk, high-reward markets that they once were.

“The non-banks like Blackstone and Citadel, they don’t have the capital requirements that the banks do; they’re more nimble, they can hire a lot of people and take on riskier transactions,” according to Mayra Rodriguez Valladares, managing principal at capital markets consultancy MRV Associates.

Harte echoed that sentiment, adding that the amount of capital that banks now have to hold against many of their trading positions “has definitely changed the industry. You can’t lever up as much as you could pre-crisis.”

That, coupled with investor risk-appetites that Harte says have yet to return anywhere near pre-recession levels, have forced the banks to adjust accordingly. And while they may be saving money in the near-term by scaling down their trading operations, it could costly them dearly in the long-term—given how the market is a vital gateway toward developing client relationships and procuring other, “higher-margin” business.

“Having a trading desk is important to a lot of other investment banking businesses,” Harte notes. “If you were to exit U.S. equities trading like Deutsche Bank did, it’s going to be a lot harder to be the lead underwriter on the next big IPO if you’re not trading stocks. Other revenues are impacted by these decisions.”

Only time will tell if the current trend of trading austerity proves a prudent financial decision, or a long-term opportunity cost.