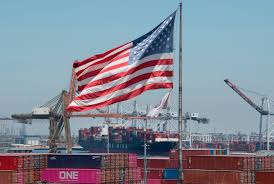 In the on-going saga of Trump’s trade war with China, emerging markets are getting the short end of the stick.

Emerging markets (EM) net capital flows reached negative $ 35.8 billion in June, according to data from the Institute of International Finance. To boot, investors had already pulled some net $ 19 billion out of EM as of the month before.

Despite a dovish Fed (which cut rates 25 basis points on Wednesday), President Trump’s latest tariff tweet sent markets into a tailspin, sending the Dow 280.85 points lower on Thursday. And on fears of a prolonged trade war, emerging markets are feeling the heat.

The three largest emerging markets ETFs—VWO, EEM, and IEMG—saw share counts decrease since February. “That was before the latest [trade] escalation, and the outflows will probably only get worse,” Wells Fargo Investment Institute senior global market strategist Sameer Samana wrote in a note. “Growth outside the U.S. continues to be weak and EM will probably underperform until trade headwinds dissipate.”

The flare-up of U.S.-China trade tensions (which, until recently, had somewhat calmed) “strikes a nerve with investors who worry about the new era of de-globalization and the use of national security to achieve economic objectives,” Elina Ribakova, deputy chief economist at IIF, told Axios.

In fact, de-globalization and slowing global growth remain central factors as to why investors may be cooling on emerging markets.

“Near term … we remain underweight the EMs out of concerns about the current underlying fragile health of global trade, uncertainty over global growth, and ever-lingering trade tensions between the U.S. and its major trading partners,” Joseph Quinlan, head of CIO market strategy for Merrill and Bank of American Private Bank, wrote in a private note to clients seen by Fortune.

“Maybe you say to yourself, ‘well, there’s a lot of stress out there, I’ve had a good run, it’s time to take some profits and get out of [EM] and go someplace safer,’” Sega told Fortune. “What that speaks to is strength in the dollar, and strength in the dollar is rough on emerging markets. So if you’re making that calculation, you’ve got to say, ‘even if I’m really bullish on one of these [emerging] markets, I probably want to temper.’”

But reverting to the U.S. markets may not be the best option for some investors, according to Linda Lim, professor emerita of corporate strategy and international business at the University of Michigan. Lim says that even if investors are “panicky on emerging markets equities,” factors like lower returns and the strong U.S. dollar may deter some foreign investors from simply switching their EM funds into the States. Lim suggests currency conversion to buy U.S. bonds and uncertainty over trade relations may be making investors think twice.

From stocks to bonds

Interestingly, EM bonds have not taken a hit. Last month, emerging market debt saw inflows of $ 23.1 billion so far this year. EM bonds may provide investors a way to stay in emerging markets without the extra risk. Especially with sovereign EM debt, Quinlan says investors have “more faith in the country than the companies.”

And according to Lim, investors still want a piece of the fast-growing emerging markets pie. She says emerging markets are growing at a faster pace than others (with growth around 4% to 5%)—but investors are still wanting to mitigate risk by avoiding stocks and flooding into bonds.

A large portion of the EM capital outflow is coming out of China, and analysts say it’s having a ripple effect. China’s slowing growth (despite a hopeful target of over 6%) and a shaky currency compared to the U.S. are causing investors to squirm.

“The weaker China becomes, the more worries permeate the emerging market universe because the number one export market now is China, not the U.S.,” Merrill’s Quinlan told Fortune. “Short-to-medium term, any investor putting a new dollar to work in the emerging markets has to be very careful when it comes to the trade flare-up between the U.S. and China. It’s a risk-off mentality environment right now.”

And a large portion of this is due to the strengthening of the U.S. dollar. Lim says that since emerging markets have lots of foreign debt (and need to repay their debt in foreign exchanges), the stronger the U.S. dollar is, the weaker their position.

But apart from just the U.S. dollar, funds and manufacturing from China are flooding into other Asian countries, including Vietnam, Thailand, Taiwan, and South Korea.

As “China is getting hurt more by tariffs than they’re willing to admit,” Conning’s Sega believes, other emerging markets may be reaping the benefits. Quinlan suggests investors may increase their exposure in emerging markets like South Korea, Taiwan and Southeast Asia, as they are countries that are “competitive … and consumption-driven.”

Regardless, investors looking for a safe haven may be hard-pressed to find one as long as Trump keeps tweeting.