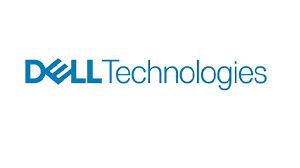 Why the Stock Prices of Dell, Cisco, and Other Big Tech Companies Are Plunging

A disappointing financial warning from a fairly small player in the corporate technology gear market unleashed a bloodbath among the stocks of major hardware vendors on Friday.

Silicon Valley-based NetApp warned on Friday morning that its sales in its quarter that just ended would be between $ 1.22 and $ 1.23 billion, or about 17% less than the same quarter a year ago. Just two months ago, the company had said it expected to bring in $ 1.315 billion to $ 1.465 billion. The company, which makes gear for storing data on corporate servers and in cloud services, also said it expected revenue for its next fiscal year would decline by 5% to 10% instead of rising by single-digit percentage points as previously forecast.

The warning sent NetApp’s stock, which had been about unchanged in 2019, down 22% in midday trading on Friday.

But the damage spread much wider, as investors panicked that corporate IT spending may be much weaker than previously anticipated. Shares of hardware maker Dell Technologies plummeted 10%, Hewlett-Packard Enterprise lost 8%, and Cisco Systems dropped by 5%. Among cloud software vendors, VMware lost 9%, Box fell 5%, and Salesforce lost 3%.

NetApp didn’t give much explanation for the surprise revenue plunge. “While we are disappointed that our preliminary results for the first quarter are lower than we had previously anticipated, we remain confident in our long-term strategy and the health of our business model,” CEO George Kurian said in a statement.

Tech stocks had already been under pressure due to the ongoing trade war between the United States and China. President Trump this week promised to impose tariffs of 10% on $ 300 billion more of goods imported from China, including many tech products.

—What CEOs, bankers, and tech execs think about a coming recession