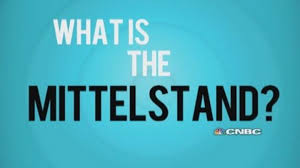 The Mittelstand’s corporate success comes at a cost

THE MITTELSTAND, exports and thrift—all are matters of German national pride. Thanks to them Germany has run the world’s biggest current-account surplus since 2016, last year just shy of $ 300bn (7.3% of GDP). This sign that it saves more than it invests at home, and sells abroad more than it imports, has earned the ire of President Donald Trump, who would like thrifty Teutons to buy American.

The IMF has long wrung its hands at the savings glut. Last month, in its annual report on global imbalances, it repeated a warning that Germany’s current-account surplus was “substantially” stronger than warranted by economic fundamentals. In a separate paper it presented evidence that the growing current-account surplus was accompanied by increasing inequality (see chart). The link, it says, is high corporate profitability.

Around the turn of the millennium Germany’s exports took off, as rapidly growing emerging economies started to buy its high-value-added manufacturing goods in bulk. That, together with stingier welfare benefits and government policies encouraging wage restraint, helped push up profits. But corporate success did nothing for poorer households because of a highly unequal distribution of wealth.

Germany is one of the most unequal of the 35 countries in the OECD. The top tenth of households own 60% of net wealth. The median household has net wealth of €61,000 ($ 68,000), slightly more than the median for Poland, but less than the median for Greece and more than a third below the median for the euro area. The comparison may be unduly harsh, since it excludes pension wealth, which is likely to be large in Germany. But it reflects the fact that poorer Germans are less likely to own houses or shares.

Germany’s corporate wealth tends to be kept in the family. The country has relatively few listed firms: 60% of corporate assets belong to privately owned firms. Many are family-run. Even among the publicly listed ones two-thirds are family-controlled, and controlling shareholders hold larger stakes than those in, say, Britain or Sweden. This leaves less equity for outsiders.

Higher profits, therefore, mean higher capital incomes for the already rich. The IMF reckons that the rise in profits, together with high wealth inequality, explains about half the rise in income inequality in Germany between 2000 and 2015. One sign that the less well-off claim a smaller slice of the economic pie is that household spending fell over that period as a share of GDP. The rich tend to spend a smaller share of their incomes than the poor. German tycoons are also thriftier than their peers elsewhere. Though Germany’s authorities tend to blame an ageing society for its high savings rate, the true culprits appear to be the moguls of the Mittelstand.

Germany’s tax system does little to counter these trends. Revenues from property taxes are relatively low and falling. Reforms in 2009 excluded business wealth from inheritance tax. As wealth accumulates, the share of income flowing to the rich rises, further widening inequality.

Government officials say that some of these trends are reversing. The labour market has tightened, allowing wages to rise and profits to fall. But the IMF reckons that in order for disposable household incomes to regain their 2005 share of GDP, wage growth would have to outstrip nominal GDP growth by 1.5 percentage points for the next decade—a tall order.