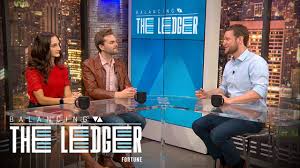 Betterment is debuting the highest-yield savings account on the market.

The New York City-based financial tech startup known for roboadvising, or automated investment management, has begun promoting a new savings product, called Betterment Everyday, that will offer interest rates as high as 2.69%. Wealthfront, a competitor, earlier this year began offering a savings account that paid out, as of June 26, 2.57% annual percentage yield (APY), the next-highest-yield on the market.

Jon Stein, Betterment’s CEO and founder, explained how his company is able to provide such a high interest rate on Balancing The Ledger, Fortune’s show about the intersection of finance and technology. Essentially, Betterment is splitting people’s deposits across multiple banks, thereby enabling the company “to get you a better deal than a traditional bank,” Stein said.

“A bank only makes money if it pays you less,” Stein said. As an independent advisor, “we’re able to get the very best rates in the market and pass all of that onto our customers.”

Betterment does not plan to make money on the new savings product, which requires a minimum deposit of $ 10 and has “at least” four partner banks on the backend. Rather, Betterment is betting that these accounts will attract customers to the company’s investment advisory services on which it charges an annual 0.25% fee.

“We would hope that some customers come to us and, because we have this market-leading rate, they’re gonna say, Wow, I’m interested in checking out Betterment and, by the way, we also earn you more than anybody else on your retirement money,” Stein said. “We’re going to encourage them to save more, and more will become our long-term investing customers.”

In addition to a savings account, Betterment is debuting a checking account-linked debit card that “is going to have no fees at all, whatsoever,” Stein said. He added that there would be “no minimum balance. No fees on any ATMs. No network restrictions—nothing like that. And internationally free ATMs as well.”

Instead, Betterment plans to make money on the debit card through interchange fees, which involves taking a small cut of each transaction whenever a customer swipes the card with a merchant. The card is set to be released in partnership with Visa and NBKC Bank, based in Overland Park, Kansas. (Visa charges a 1% international fee on all foreign ATM transactions.)

“Obviously, we want you to carry the card and use it, but you don’t have to,” Stein said.

To qualify for the highest-yield savings account on offer, customers must add themselves to the waitlist for Betterment’s checking product. People who do not sign up for the debit card are set to earn slightly less on their savings: 2.43% APY, a bit lower than Wealthfront’s offer.

For the savings product, customer are eligible for up to $ 1 million in coverage on their deposits by the Federal Deposit Insurance Corporation, or FDIC, Betterment said. For the checking product, funds are covered by FDIC insurance up to $ 250,000.

At the end of 2018, Robinhood, an upstart brokerage that this week reached a private valuation of $ 7.6 billion, said it planned to release a checking and savings product that would earn customers an eye-popping 3.0% APY. Robinhood was forced to pull the product before its debut after it became clear the startup had not spoken to regulators to clarify whether deposited funds would be covered by federal insurance.

Asked how Betterment would avoid the same fate, Stein said that his firm had worked hand-in-hand with regulators. “The problems that Robinhood ran into, as has been reported, were largely self-inflicted,” he said. “They ignored the regulators. We have always worked closely with our regulators and continue to do so, in this case, to make sure that we’re providing a product that’s great for our customers but is also compliant.”

Per Bankrate.com, the national average interest rate on savings is 0.1%. Rates tend to move up or down depending on how the Federal Reserve tweaks monetary policy.

Betterment will likely have to adjust its consumer interest rate if the Fed changes bank interest rates. In June, Goldman Sachs’ online bank Marcus and digital bank upstart Ally Financial, which have offered some of the highest savings rates to date, above 2%, cut their rates in anticipation of a July Fed decision.