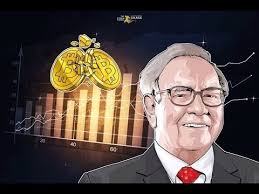 Warren Buffett was supposed to sit down at a steakhouse this month and hear about cryptocurrency from a Chinese entrepreneur and seven of his friends. But now the lunch—which is the prize in an annual charity auction held by the Oracle of Omaha—may be off indefinitely amid reports the entrepreneur, Justin Sun, is being detained by the Chinese government.

On Monday, Sun announced the Buffett lunch, which he purchased for $ 4.57 million at a charity auction and was set for July 25, would be cancelled because he had a kidney stone. A future date has not been set, according to a spokesman for Jeremy Allaire, the CEO of crypto company Circle, who was one of the guests Sun invited to the lunch.

But on Tuesday, the trade publication Coindesk, a Beijing-based news outlet, reported that Sun is “under Chinese government control” and is not allowed to leave the country.

Another news report from trade publication The Block said Sun is in San Francisco, and is facing travel restrictions when he returns to China. The Block also reports that Sun posted on Weibo that the Beijing news report was “not completely true.”

Sun and others at his company, Tron, did not respond to questions from Fortune about whether he had been detained. A spokeswoman for Mr. Buffett’s company, Berkshire Hathaway, did not immediately return a request for comment.

Sun has long been a controversial in the cryptocurrency world. Critics of Tron have accused the project of failing to deliver on its promises and, in May, the company’s co-founder stepped down, accusing Tron of becoming excessively centralized.

Like other cryptocurrencies, Tron sold digital tokens to be used on a blockchain-based network, but its larger purpose and strategic goal has been unclear. Tron has long been one of the top ten most valuable cryptocurrencies, but on Tuesday it fell 19% on news of Sun’s detention.

Sun’s winning bid came for the Buffett lunch came as a surprise, in part because the Oracle of Omaha last year publicly described Bitcoin as “probably rat poison squared.” Nonetheless, Buffett said he was delighted that Sun had won the lunch.

Sun’s winning $ 4.57 million bid was the highest ever price tag for the annual event, which has been auctioned off every year since 2000. The collective proceeds, which have totaled over $ 30 million, go to the Glide Foundation, which aids homeless people and drug addicts in San Francisco.

Along with Circle’s Allaire, Sun’s guest list for the lunch included Yoni Assia, the founder of the stock trading app eToro, and another cryptocurrency enthusiast.