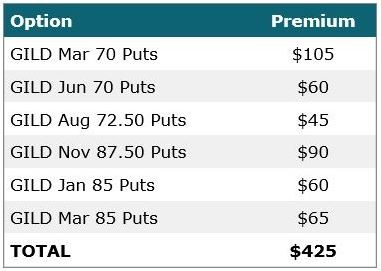 Market Anomaly Signals This Biotech is a Screaming Bargain

Whether it’s possible to beat the market has been the subject of much research and debate by academics and practitioners.

Perhaps you’ve heard of the Efficient Market Hypothesis (EMH), which was developed around the 1960s. This academic theory states that a stock’s current price reflects all known information about that stock. This means stocks are always perfectly priced, and price changes occur efficiently as new information becomes available.

Academics will tell you that, based on this theory, it’s impossible to beat the market by picking stocks.

Yet, people do. We know Warren Buffett has beaten the market for more than 50 years, as just one example. In response to the EMH, Buffett argues that there are “wide discrepancies between price and value in the marketplace.” But EMH proponents argue that Buffett is an anomaly.

It turns out researchers have uncovered a number of anomalies to the EMH. They have found that stocks with low price-to-earnings (P/E) ratios or PEG ratios outperform the market over the long run, and they named this the “value anomaly.” Small caps generally outperform large caps, which results in the “size anomaly.” Stocks that have beaten the market over the past six months or year tend to continue to beat the market, and that gave rise to the “momentum anomaly.”

In other words, there are a lot of anomalies in the stock market, and by taking advantage of them it is possible to beat the market. It makes you wonder how you can have a rule when there are so many examples of where the rule doesn’t work!

If the market was efficient, as the academics say, it should have been impossible for me to close 85 winning trades in a row. That, or I’ve uncovered one of the most profitable anomalies in the market.

To show you how I’ve done it, I want to walk you through a real trade in a stock I’ve had great success with: Gilead Sciences (NASDAQ: GILD).

This biopharmaceutical company develops drugs used to treat a variety of major diseases, from the flu to HIV. Its most successful (and expensive) drugs are for the treatment of hepatitis C.

Since late January 2014, I have successfully traded GILD six times for an average annualized return of more than 33%. But I’ve never owned the stock. That’s right, I’ve earned a double-digit percentage return without ever doling out a cent to purchase the shares.

I did it selling puts.

There are two main benefits to this strategy over buying shares outright:

1. I generate immediate income, known as premium, for selling the put option.

Depending on the price of the option and how many contracts I sell, this premium could range from a couple hundred to a couple thousand dollars per trade. This money is compensation for agreeing to purchase shares at the option’s strike price should they trade below that level before the option’s expiration date.

If the stock is above the strike price at expiration, then that income is mine to keep free and clear. But if it’s below the strike, then I will be assigned 100 shares per contract at the option’s strike price, which brings me to the second benefit of selling puts…

2. I get to purchase stocks I want to own at a discount.

For stocks that I sell puts on, I typically use the PEG ratio to determine its fair value.

Let’s get back to GILD to illustrate my point. The first time I sold puts on GILD was in January 2014, when shares were trading near $ 80. The PEG ratio put the stock’s fair value estimate at nearly $ 120, so I recommended readers sell puts with a $ 70 strike price for $ 105 per contract. The puts expired worthless two months later, so I kept that income.

Had GILD fallen below $ 70, I would have purchased shares at a more than 40% discount to their fair value — a steal for a company I wanted to own anyway.

Over the next 16 months, I traded GILD a total of six times, as the PEG ratio continued to show shares were undervalued.

Last month, Gilead reported another blowout quarter. Revenue was up 52% year over year while earnings more than doubled.

Earnings are expected to grow at an average rate of 13.3% a year for the next five years. Applying the PEG ratio, we multiply the 2015 EPS estimate of $ 10.84 by the 13.3% expected EPS growth rate to determine a fair value of about $ 144 for GILD. This means that at its current price, the stock is still more than 20% undervalued.

So, for the seventh time, I recommended a trade on GILD. I told my readers to sell puts that expire in August with a $ 95 strike price for about $ 70 per contract. As long as shares remain above $ 95 through expiration on Aug. 21, we will pocket that income. If they do fall below $ 95, we will own shares of this outstanding biotech company at a 30%-plus discount to their fair value.

Whether you consider my strategy an anomaly or not, there is no denying that it is working.

If you’ve ever considered selling puts for income before or you’re interested in learning exactly how I execute my strategy, I put together an eight-minute tutorial. It will explain step by step how you can start collecting income from stocks today. Access it here for free.