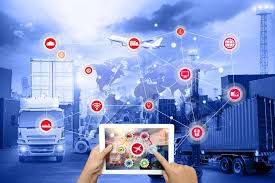 Startup Dust Identity has raised $ 10 million in a series A funding round, led by Kleiner Perkins and including strategic investments from the VC arms of both Lockheed Martin and Airbus. The money will help the Framingham, Mass.-based company refine and commercialize its novel technique of using minuscule diamond fragments to attach unique, durable tracking codes to physical objects, like high-tech components.

Dust Identity’s tagging technology could eventually help secure the increasingly long and complex supply chains that global manufacturers rely on. Producers of complex products like airplanes or electronics would be among the biggest potential users of the company’s technology, which emerged research into the quantum properties of diamonds by Dust Identity CEO Ophir Gaathon and his cofounders Jonathan Hodges and Dirk Englund.

According to Chris Moran, executive director of Lockheed Martin Ventures, advances in 3-D printing represent a possible future threat to manufacturers of high-tech goods. “You can scan a part, and kind of duplicate it,” he says. But those counterfeit parts wouldn’t be up to the performance standards of the real thing, presenting frightening prospects for, among other things, air safety. Parallel threats exist in many other realms, such as the possibility of injecting malicious software into compromised computer components. As such, reliably tracking physical objects, is becoming increasingly important to the world economy.

Dust Identity’s solution is strikingly innovative, yet straightforward. Its process embeds tiny diamond fragments in a polymer that’s sprayed on a component. As the polymer dries, those diamond fragments are frozen in place, producing a pattern of scattered light that’s irreproducible, because it’s so random and complex—and at least as unique as a fingerprint.

“You can generate 10 to the power of 230 (10^230) serial numbers using only 10 diamonds,” says Gaathon. “But usually we’re using closer to 400.” For comparison, there are about 10^82 atoms in the known universe, so there’s little risk of duplicating tracking patterns.

Once it’s laid down, the diamond pattern is then scanned and entered into a database for tracking as it moves across the world, towards its final fate in a finished good. That data could be tracked using blockchain tech, according to Kleiner Perkins partner Ilya Fushman, essentially turning the solution into a distributed database that could allow for more reliable data-sharing among the thousands of producers and shippers that can be involved in producing a single aircraft or cell phone.

Blockchain applications for supply chain management are still unproven, but effective identity tracking is crucial to any form of digital supply chain management. “You can’t, on such a complex supply chain, guarantee to have your product in line of sight all the time,” says Airbus Ventures managing partner Thomas d’Halluin. Dust Identity, he says, can “connect the digital twin to the physical object,” ensuring those blind spots don’t offer opportunities for fraud.

Existing technologies to track parts don’t answer all the needs of a producer like Lockheed Martin. “We use everything that’s out there,” says Moran, “Whether it’s holographs, RFID, barcodes, you name it, we’re trying it.” But RFID chips are too large and expensive for many applications, and holographic markers can be counterfeited, according to Gaathon. “If I can make the same hologram by spending $ 5,000 on Aliexpress, then that’s just theatre.”

Surprisingly, spraying diamonds across a circuit board is “incredibly low-cost,” according to Kleiner’s Ilya Fushman. “We’re using synthetic diamonds that are inexpensive compared to natural diamonds,” says Gaathon. “And we’re using diamonds from the abrasive industry, so we’re recycling.” Even the cheapest RFID tags cost around 15 cents each, while Dust Identity claims that, at scale, a single application of its tag can cost as little as one one-thousandth of a cent.

The diamonds are also tiny fragments, and can be used in very small quantities: the smallest functional tag, according to Gaathon, can be the circumference of a human hair. An RFID chip, by contrast, is at least a square centimeter, and would stick out like a sore thumb on, for instance, a wedding ring.

The technology to scan the tags is also relatively simple. “Basically a microscope lens and a camera,” says Gaathon. “It’s very, very cheap.” That drastically increases the potential applications of identity tagging, and could make it worthwhile to track not just electronics, luxury goods, and airplane components, but less pricey items like packaged foods or clothing.

Moran says Lockheed Martin is beginning work on a proof of concept study, with a particular focus on the durability of Dust Identity’s coating, another possible advantage of the system. According to Moran, even with partial damage, the company’s tags could still be readable years after initial application. That could make it useful not just for proving a part’s origin at assembly, but as an anti-tampering measure that could prove it’s the genuine article over time.