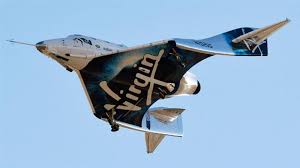 What Investors Should Know About Virgin Galactic, the First Publicly-Traded Space Tourism Stock

It’s also potentially confusing to investors. That’s because many typical pre-IPO filing requirements are not required when a company goes public by merging with a SPAC, as Virgin Galactic plans to do.

SPACs raise money through a normal IPO to then turn around and acquire or merge with another company that wants to go public more quickly and less expensively. That process typically happens within 24 months. Social Capital Hedosophia, SCH for short, went public in 2017, putting this transaction into the expected time frame.

But with the paperwork long done, a merger or acquisition doesn’t require the same degree of public disclosure. Instead, Virgin Galactic has released a small amount of financial information, like the fact that the company currently has customer reservations from more than 600 people in 60 countries, worth some $ 80 million in collected deposits and $ 120 million in additional potential revenue. The pro forma merger has an “enterprise value of $ 1.5 billion.”

All this could create a lot of confusion for potential investors. Virgin Galactic has not produced such typical financial filings as income statements, balance sheets, or cash flow statements that could show the current state of the business and its progression over time.

Having an alternative process for going public isn’t new. Spotify used a direct offering instead of an IPO, as Chester Spatt, a professor of finance at Carnegie Mellon’s Tepper School of Business and a former SEC chief economist, noted. “Sometimes companies do find ways to play with the rules for one reason or another,” he said. “[This Virgin Galactic merger] adopted a route that fits their purposes, but it would be nice to have more disclosure around this thing,”

As the Virgin Galactic material explains, the information is non-GAAP, which means it doesn’t use standard accounting definitions, hence it won’t lend itself to an exact comparison to other investment opportunities. The $ 80 million in collected deposits, for example, might not be available for operations if and until a completed flight takes place.

The enterprise value of the merger would be the sum of market capitalization and total debt, with the value of cash and cash equivalents subtracted. Numbers for SCH, which as a public company has to make financial filings, are known—as of March 31, 2019, according to its filings, there was no listed debt, $ 326.3 million in cash, and the current market capitalization is $ 920.3 million—suggesting a contribution of $ 594 million toward the claimed enterprise value. That would leave $ 906 million for Virgin Galactic to contribute. How much is debt, an estimate of market value, or cash on hand? It’s impossible to know at this point.

Then there are other questions, like how frequently Virgin Galactic receives additional reservations. The company has been around since 2004, which gives it as much as 15 years to have collected the 600 names. But there’s no estimate of how large the potential market is for people who would spend $ 250,000 to travel for 90 minutes in space.

Fortune reached out to Virgin Galactic, which said it could not comment beyond the release, and Social Capital Hedosophia, which did not respond before publication.

Regardless, it sounds like travelers and investors may be in for a wild ride.

—Apple has new MacBooks. Here’s what you need to know

—What people get wrong about China and artificial intelligence