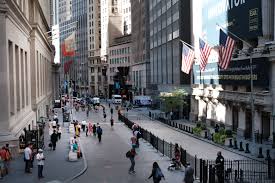 Companies aren’t opening their wallets as wide as they used to for stock buybacks.

They reined in buybacks in the first quarter of 2019, according to a Fortune analysis of data from the S&P Dow Jones Indices. The amount put into repurchasing shares was $ 205.8 billion, a 7.7% drop from the $ 223.0 billion spent in the fourth quarter of 2018.

Buybacks, which are supposed to reduce share availability and, therefore, increase value, have been increasingly popular with companies, as Fortune has reported. This is the first time corporations have dialed back the reinvestment dollars since 2017, when buybacks went from $ 133.2 billion in the first quarter to $ 120.1 billion in the second quarter, a 9.8% decline.

Buybacks have become a standard way for companies to invest extra capital. “During periods when stock prices are going up, companies have to make a decision: Do they make an acquisition, do they buy back, or do they sit silent for a bit?” said Roger Grabowski, fellow at the Duff & Phelps Institute. After the volatile final quarter in 2018, “I think the first quarter [of 2019] they just decided to sit on the cash and see where pricing is going to go,” he said.

The current slowdown points to either “concerns in the corporate community about the outlook for the economy, with companies more likely to hold onto cash in the interim, or that equity valuations are stretched and the market is at a record high,” according to Greg McBride, chief financial analyst of Bankrate.

One potential problem with lower buyback investment is that shares may see more volatility. “You can declare a billion buyback and then help support shares after a bad-news quarter,” said Renny Ponvert, research director of Management CV, a research firm that focuses on analyzing executive teams for institutional investors. The less money put into buybacks, the greater the potential for shifts in pricing.

Often, buybacks aren’t intended to benefit individual investors. “For the majority of these management teams, earnings per share is a discrete variable in their annual bonuses and compensation plans,” Ponvert said. “So, it’s a self-serving thing for executives to repurchase shares.”

The money used for buybacks could have been put into dividends that returned cash to investors and allowed them to decide how to use it. But with buybacks instead of dividends, individual investors are stuck. “[Buybacks] put you into the institutional quandary of ‘If you don’t like it, sell it,'” Ponvert said. “If I’m a little guy, I have big tax implications if I sell shares.”