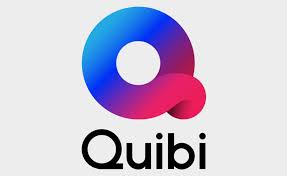 What We Know About Short-Form Video Startup Quibi

Wait, what was Quibi again? You may remember that last summer media mogul Jeffrey Katzenberg and former eBay and HP CEO Meg Whitman announced they had raised $ 1 billion in funding to create high-quality content for a mobile audience. Quibi is the name of the duo’s short-form video venture.

Details around the company have been sparse, but we learned more at the Produced By conference on Saturday. Several things to know:

• The startup has already raised $ 1 billion from investors, and there are plans to raise “about half that” again either this fall or next spring.

• The company currently has projects in the works from A-listers like Guillermo del Toro, Antoine Fuqua, and Sam Raimi.

• Each series is expected to be two to four hours in length, with each one divided into segments that will last no longer than 10 minutes each.

As I’ve noted before, mobile streaming is hardly a new concept. People have been consuming short-form videos on Facebook, Instagram, YouTube, and Snapchat for a pretty long time.

Additionally, let’s not forget when Verizon tried something similar in 2015. Verizon debuted its mobile video service Go90 in hopes of capturing a younger demographic that had ditched traditional TV in favor of watching videos on their phones. Verizon invested as much as $ 200 million early on to make Go90 work. But Go90 ultimately shut down after the service failed to gain traction with the public.

As a Fortune feature from January notes, if Quibi can’t sign up customers who are willing to pay for a subscription, its clever approaches to content creation won’t really matter.

“If they don’t get the subscribers, and the cards are stacked against them getting subscribers, your series won’t be a hit, and who’s going to want to buy it?” wonders Dan Rayburn, who tracks streaming media for the consultancy Frost & Sullivan. “You don’t see people clamoring to rebroadcast stuff from go90,” he says.

I’m personally not convinced of the model (and I fall right in their target demographic, which is users who are 25 to 35 years old). I use Facebook and Instagram regularly.

And that content is free. So would I pay for a mobile-video subscription? Absolutely not.

With that said, the duo is well-connected and has surrounded themselves with some of the best in the business — luring away executives from Hulu, Netflix, Snapchat, and Viacom. Let’s see how this marriage between Hollywood and Silicon Valley works out.

In an email to employees, Uber CEO Dara Khosrowshahi said that Uber’s progress now gives him the time to be more directly involved in the company’s day-to-day operations. Khosrowshahi wrote in the email that he decided the heads of Uber’s core businesses (Rides and Eats) should report directly to him. Khosrowshahi added that Harford’s role “no longer makes sense.”

“There’s never really a right time to announce departures or changes like this, but with the IPO behind us, I felt this was a good moment to simplify our org and set us up for the future,” he wrote.

SHOPPING SPREE: Salesforce has agreed to buy analytics platform company Tableau Software (NYSE: DATA) for $ 15.7 billion in an all-stock deal. (Note that this happened days after Google bought analytics startup Looker for $ 2.6 billion.) The takeover of Tableau will be Salesforce’s largest deal to date. Salesforce said the deal, which is expected to close in the third quarter, is likely to increase its 2020 revenue by up to $ 400 million.