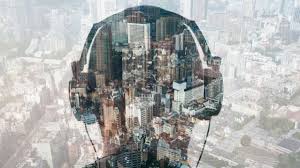 Perhaps you’ve already devoured all three seasons of “Serial,” subscribe to “WTF with Marc Maron,” and have The New York Times‘ “The Daily” on heavy rotation—what’s next on your podcast playlist?

Well, if you have any penchant for matters of business, finance, and economics, the big banks are hoping it’s “Top of Mind at Goldman Sachs,” or for those that prefer a more debate-oriented discussion on their morning commute, Barclays’ “The Flip Side.”

Fifteen years after the term “podcast” first entered the popular lexicon—supposedly via an article in The Guardian that examined the then-fledgling realm of “online radio”—the podcasting revolution is indisputably in full force. With an estimated 700,000 podcasts now in production and more than 60 million Americans said to be weekly podcast listeners, the booming medium has established itself as a ubiquitous presence in contemporary culture.

Now, amid this booming audio landscape, Wall Street is getting in on the game.

Virtually every major investment bank—includingGoldman Sachs, JPMorgan Chase, Morgan Stanley, Barclays, UBS, and Deutsche Bank—now has at least one podcast of its own. These programs are usually launched with branding and marketing goals in mind, and are also often used to deliver banks’ research and market commentary on a wider scale and in a more engaging format.

“Podcast listeners tend to be an intellectually curious audience, and that makes sense for our brand,” according to Liz Bowyer, Goldman Sachs’ co-head of brand and content strategy. Having launched an array of multimedia programming in recent years—including its first podcast series, “Exchanges at Goldman Sachs,” in 2014—the investment bank premiered its second-ever podcast, “Top of Mind at Goldman Sachs,” in April.

The monthly show is hosted by Allison Nathan, a managing director and senior strategist at the investment bank, and is derived from Nathan’s popular “Top of Mind” research note. The podcast deploys a format similar to the written report—featuring Nathan’s insights into a particular macroeconomic topic as well as interviews with executives, academics and public officials—and covers the same subject as that month’s note.

Last month’s debut episode focused on the en vogue subject of corporate stock buybacks. The second episode, released in early May, spotlights this month’s European Parliament elections and includes interviews with the likes of Mark Leonard, the director of the European Council on Foreign Relations.

“We have the power to reach out to influential voices outside the firm, whether that’s academics or institutional investors, and bring those voices together in a digestible format,” says Nathan, a podcasting rookie who had no previous experience in the medium. “When you listen to [the podcast], you hear the personalities and you hear their conviction.”

Bowyer notes that the report’s “macro” focus lends itself to “a much broader audience of anyone who’s interested in the big trends shaping the global economy.” That persuaded Goldman to not only make the podcast available to the wider public (it’s available on Spotify and Apple Podcasts, as well as the firm’s website) but also the “Top of Mind” report itself, which is no longer behind a paywall accessible only to the bank’s clients. That’s not to say Goldman is giving away the golden goose; Nathan points out that “the vast majority of our research is still behind the paywall.”

Sounding Out the Competition

Other Wall Street banks have taken a similar approach, using publicly available podcasts to deliver research and commentary in a more accessible format available and to a wider audience. Yet the format and structure of these shows varies on a case-by-case basis—ranging from quick-hit breakdowns of key current issues, to more in-depth programs featuring a multitude of voices.

JPMorgan Chase, for instance, has launched a trio of podcasts in recent years (Market Insights with David Kelly; Eye on the Market with Michael Cembalest; and My Next Move with Michael Liersch), each hosted by an executive at the bank who provides their take on pertinent economic and financial topics in an easily digestible runtime of less than 10 minutes.

Likewise, UBS’s “Morning Audio Comment” show also keeps it short and sweet, generally at no longer than four or five minutes. The program is hosted by Paul Donovan, global chief economist at the bank’s wealth management division, and accompanies Donovan’s daily newsletter on the market-moving issues of the day. (UBS also produces two other shows, “On-Air” and “Top of the Morning,” that regularly recap developments in the world of business and finance.)

Donovan—who notes that he’s been doing what’s now known as a podcast, in one form or another, for “20 years or so” at UBS—says he’s found that his 20,000 newsletter subscribers “remember things from the podcast far better than they do from the emails.” In that respect, he’s embraced the medium as a more effective way to impart information on the sorts of complex, nuanced topics usually found in banks’ research notes. “I’m a firm believer that anyone can understand economics if its properly explained—it’s just that economists do a bad job of explaining,” Donovan adds.

Elsewhere across the industry, there’s Deutsche Bank’s “Podzept” series, which also deploys a research-oriented focus in its weekly breakdowns of economic topics delivered by the bank’s analysts. Morgan Stanley has pursued a more adventurous, narrative-driven strategy via “Ideas,” which in its current fourth season has explored subjects including Sweden’s cashless economy and the development of compostable “bioplastics.” And Citigroup—which has traditionally kept its podcast offerings in-house and available only to clients—is now teaming with outside publications on projects like “Treasury & Turbulence,” which launched last year in conjunction with business magazine Euromoney, and “Global Translations,” a new Politico podcast that premiers in June.

Barclays has embraced a slightly more experimental format in launching its latest podcast, “The Flip Side.” The show, which debut last July, embraces a debate-like structure in which regular host Jeff Meli, the investment bank’s global head of research, squares off against another economist at the firm—with each taking a particular side on hot-button issues ranging from corporate tax cuts to the state of “big tech.”

Meli says the idea for “The Flip Side” originated during an off-site session in which Barclays economists held an “interactive,” back-and-forth debate about the state of the economy—a departure from the usual format of “a speech [featuring] someone standing up there with slides.”

“We realized that the typical audience for research pieces normally just see the answers that we come up with; they don’t see the internal debate that happens to arrive at that answer,” Meli tells Fortune. “With some of the most nuanced questions, there are alternative viewpoints that can be as valid and worth considering.”

In pursuing a new podcast, the Barclays team realized that the debate format would lend itself to more compelling content that would differentiate itself from much of the competition. “One person interviewing another person about what was going on seemed overdone,” says Kimberlee Mertz, head of brand and marketing at the investment bank.

Like “Top of Mind” and other shows, “The Flip Side” is a testament to the fact that “marketing as a whole has moved into a more content-driven play,” Mertz notes—with banks now exploring different, more interactive ways to engage with clients and raise brand awareness. “Along with other banks, we’re trying to compete for mindshare with our clients, and we have to experiment and evolve,” Meli says.

As such, it’s likely that banks will continue to experiment with the podcasting medium in new and different ways. Kathy Awanis, JPMorgan Chase’s global head of digital and distribution solutions, says the bank is already thinking about ways in which listeners can interact with the bank’s research podcasts using voice-driven artificial intelligence—which could conceivably respond to and answer listeners’ specific questions via virtual assistant technology like Amazon Alexa and Google Assistant.

“When a podcast allows the user to stop halfway and ask a question, that’s when it starts becoming conversational,” Awanis says. She notes that while the implementation of a “conversational user interface” is still around five-to-10 years away, such technology is the logical next step in parlaying audio to suit banks’ research and marketing purposes.

“I think that more and more, people want to hear research with clarity, color, and conviction,” Awanis adds. “They want a choice; some people like to read, others like to listen.”