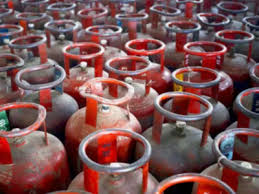 India’s demand for liquefied petroleum gas (LPG) rose to a record in the fiscal year ended in March amid government measures to provide cleaner cooking fuel to rural households, and analysts expect consumption to keep rising.

The boost follows a social welfare programme, known as the Ujjwala scheme, launched by the government in 2016 that has provided about 72 million new LPG connections to households in 714 districts, according to official data.

“Supported by government policies, mainly through the ‘Ujjwala Scheme’ and a rising middle class population, LPG penetration in Indian rural areas has been extremely robust,” Sri Paravaikkarasu, director for Asia oil at energy consultancy FGE, said in an email.

Amid the Ujjwala programme, close to 80 percent of Indian households have access to LPG as of the end of 2018, up from 56 percent in 2016, according to FGE.

Growing LPG consumption has kindled a surge in India’s imports of the fuel, and analysts expect this trend to intensify.

India imported 13.2 million tonnes of LPG in the year to March 2019, a record high and more than double the import volumes in the 2013/14 financial year. Imports were 15.9 percent higher than the previous year.

“The phenomenal growth in LPG usage will reduce India’s self-sufficiency of LPG to 42 percent in 2025 from about 70 percent in 2013,” said Aman Verma, a research analyst at Wood Mackenzie.

“An additional 5 million tonnes per annum of import terminal capacity is being built and supposed to be completed by FY 2020-21 in order to meet the demand,” Verma added.

Indian consumers have used the LPG to erode kerosene’s role as a cooking fuel in the country.

Kerosene is sold in India via public distribution shops operated by the government at subsidized rates.

“While we expect the downtrend to continue, kerosene demand should not fall off the cliff hereafter, as it should stabilize at 50,000-60,000 barrels per day baseload levels,” FGE’s Paravaikkarasu said. That is equal to between 2.3 million to 2.8 million tonnes per year, according to Reuters calculations.