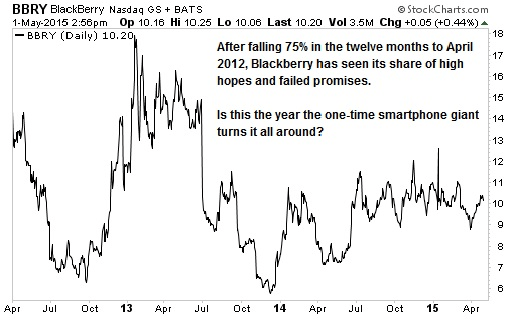 This Company Wins Whether BlackBerry Succeeds Or Dies

Turnaround strategies can focus on a variety of factors. Some companies shed lagging divisions, while others pursue acquisitions to jump start growth.

For John Chen, the CEO of BlackBerry Ltd. (Nasdaq: BBRY), new product development holds the key. In a recent interview at the Milken Institute Global Conference, Chen said his firm will focus on security, privacy and increasing productivity with its devices.

His comments come following a February deal with Google, Inc. (Nasdaq: GOOG) and Amazon.com, Inc. (Nasdaq: AMZN) that will bring hundreds of thousands of new applications to BlackBerry users.

Is Chen planning to make more announcements that could put the Canadian smartphone company back on top? Or is it just another failed attempt to resuscitate the one-time leader in enterprise services?

Chen needs a victory. BlackBerry’s shares have surged and slumped in recent years as potential buyouts, new strategies and new management failed to put the company back on track.

Not long ago, BlackBerry was a market leader in the mobile enterprise services category. Now, BlackBerry’s share of the global mobile operating system (OS) market is less than 1% (compared to the 96% market share about evenly controlled by Apple iOS and Android OS devices). The ability for BlackBerry to resume that leadership is an open question.

Can BlackBerry Really Regain Footing?
To be sure, BlackBerry’s move to accommodate other vendors’ apps on its own platform can only help. The company recently unveiled software that gave users access to 200,000 Android applications and games through the Amazon app store.

Beyond the progress on apps, the company still has a solid presence in emerging markets where it offers an affordable option to Apple products. The BlackBerry Leap will be available in India this month and the Classic will be shipped to distributors in Hong Kong this week.

In addition, BlackBerry still has a strong reputation in enterprise security. The Department of Defense uses the phones, as does the President.

Prior to any potential market share gains, BlackBerry appears poised to sharply boost production to increase inventory in the sales channels. And that could mean a surprise upside in sales for its suppliers.

Fortunately for investors, there’s one company that should benefit, regardless of Blackberry’s turnaround plan.

BBRY Reborn Or Dead, This Company Wins
While many suppliers are unlikely to see much benefit from an increase in BlackBerry production, one small-cap company books 15% of its net sales from the Canadian smartphone company. 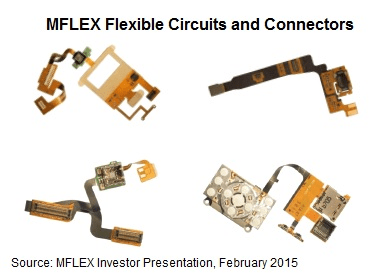 Beyond the potential for stronger sales to Blackberry, the iPhone 6s and iPhone 6 plus are expected later this year. Apple may also surprise the market with the iPhone 7 later this year. Rumors are also building that the company will unveil an iPad Pro in late 2015. Behind all the rumors and speculation, its clear that production demands at Apple will continue to feed into MFLX’s sales.

The company’s core addressable markets, smartphones and tablets, are projected to grow at compound annual rates of 12% and 7%, respectively, through 2018. Smartphones account for 72% of sales, followed by tablets (18%), consumer electronics (6%) and other electronics (4%). Management is targeting wearable devices as its next key growth segment and could benefit from strong demand for the Apple Watch.

MFLX completed a major restructuring last year, leading to $ 56 million in cost savings and the first quarterly profit in three quarters. The restructuring helped management dramatically improve profitability: the company saw a ten-fold increase in gross margins in the fourth quarter of 2014 to 14%, from 1.2% in the same period of 2013.

While the thesis for MFLX is solid, the trade is not without risk. Shares have surged 102% over the last year on the restructuring and the company’s positioning for growth. The stock trades for 23 times 2015 expected earnings, offset by the fact that MFLX has $ 5.40 per share in cash. I think the shares could hit $ 30 this year, as sales grow and investor sentiment improves. Shares currently trade around $ 22.

Risks To Consider: MFLX sales are highly reliant on two companies and could run into weakness if the product cycle at Apple slows.

Action To Take –> MFXL shares should get a boost this year from strong production orders from BlackBerry and Apple. Take a position ahead of potential orders from the Canadian smartphone maker and its further inroads into a turnaround.

Andy Obermueller, chief strategist for Game-Changing Stocks, has been also talking about the profit potential for Apple’s newest technology Apple Pay — and more importantly the company’s key suppliers. If you haven’t heard about this opportunity yet, then I urge you to check out his comprehensive report on the five Apple suppliers that are benefitting from the firm’s popular devices, by clicking here.