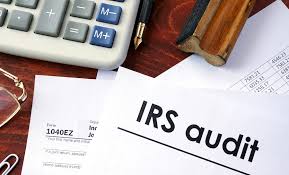 It’s not uncommon in other countries for people to file their taxes via state-run, free electronic systems. But such a service doesn’t exist in the U.S. And if a bill making its way through Congress is passed, it never will.

The House Ways and Means Committee recently passed the Taxpayer First Act, a bill with bipartisan support (it’s sponsored by Reps. John Lewis, D-Ga., and Mike Kelly, R-Pa.) that would make it illegal for the IRS to create its own online tax filing system, reports ProPublica. A similar bill is also making its way through the Senate with bipartisan support.

The IRS currently has a memorandum of understanding with The Free File Alliance, a private insurance group, that it will not create such a system if private companies offer that service to people who make less than $ 66,000 per year. Critics, though, say the vast majority of people eligible for that free tax prep are unaware of it. Last year, just 3% of those who qualified took advantage of the opportunity.

Opponents of an IRS system say it could be devastating for private options, such as Quicken, which also offers a paid version. Free File Alliance member Blucora, which owns TaxAct, laid this out in its 2017 10-K filing with the U.S. Securities and Exchange Commission, saying it faces “the risk of federal and state taxing authorities developing software or other systems to facilitate tax return preparation and electronic filing at no charge to taxpayers, which could reduce the need for TaxAct’s software and services. These or similar programs may be introduced or expanded in the future, which may cause us to lose customers and revenue.”

The IRS’s current agreement with the Free File Alliance is scheduled to expire in October 2021.

The news comes as the 2019 tax filing deadline is quickly approaching. Many consumers are already bracing for lower refunds. And experts warn that could have a negative effect on the economy.