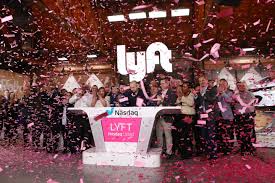 On the eve of Lyft’s IPO, Twitter lit up with investors lamenting their failure to invest during the early days of the ride-hailing company.

Pear VC’s Pejman Nozad tweeted: “The night before the IPO of a company that you passed on to seed, is the night you become a man! 😂First Facebook and now Lyft for me.”

Upfront Ventures’ Mark Suster followed up on March 30 with: “That time 10 years ago @rajatsuri told me I had to check out ZimRide (aka @lyft). I did. I didn’t understand why helping people share rides from Palo Alto to SF was a big idea. I was very wrong. Congrats to everybody who believed. You deserve your successes.”

So I asked Term Sheet readers to share their biggest investment regrets. Below is a selection of your most cringe-worthy missed deals:

SNAP. I got an introduction to Evan Spiegel after SnapChat launched and didn’t take the meeting because what I saw was a sexting app. Short sighted … I suspect if I had met him I would have realized it wasn’t that.

I unfortunately missed investing in an early round at Zoom. I’d originally met [CEO] Eric Yuan while researching next-gen video conferencing solutions and it quickly became clear to me that they had the best team, tech and product in the market but they were still a very small company. He was kind enough to offer me a chance to invest in an early round (Series B or C?). It was a tough call but I was overly concerned about how crowded the market was at the time. There must have been a dozen competing startups as well as several well entrenched incumbent vendors. It’s unfortunately one destined for our anti-portfolio!

Back in 2010, Eniac was primarily focused on mobile-first seed stage companies, and when we looked at Pinterest, Ben had no plans for a mobile offering so we passed in the following email:

[Email from Hadley Harris to Pinterest CEO Ben Silbermann on Nov. 9, 2010]: “Hi Ben, Thanks for walking me through the opportunity yesterday. I gave it some more thought and I think you’re just too far outside our wheelhouse in terms of focus and stage for us to participate. Best of luck!”

We’ve celebrated all their success over the years and are excited about their impending IPO.

In the seed round, I missed:

Uber: I saw a note from [investor] Naval Ravikant and tried the service but didn’t take a meeting.

Pinterest: Spent half a day with Ben [Silbermann] / Paul [Sciarra] / Yash Nelapati (Pinterest’s first engineer) at their condo/office and had a few follow-up discussions. User numbers were early but engagement was high. I won’t make that mistake again.

I ended up participating later at (much) higher valuations.

Snowflake – I had trouble seeing how a company could run on Amazon and beat Amazon at one of their core offerings. Totally wrong on that one!

GitHub – Loved the idea, the team and the traction but just felt the valuation at the time was priced beyond perfection. Oops.

I could have owned 30% of Omniture for $ 3 million and passed. Omniture was a company that evolved out of a predecessor company called MyComputer.com. We had looked at MyComputer which was technology that allowed users to build websites. We passed on MyComputer and did not fully appreciate the very early web analytics that Omniture was building. Post-the Omniture IPO the co-founders — Josh James and John Pestana — went on to start additional companies. Pelion was an investor in DOMO (now a public company) which was founded by Josh James. Pelion is an investor in ObservePoint, which was founded by John Pestana.

… And two Term Sheet readers who wanted to stay anonymous:

Frank:
1) Uber: “What is the entire taxi business in San Francisco worth anyway?”

2) Airbnb: “You think my wife would let a perfect stranger rent our basement apartment for a one night stand?”

Dave:
You’ll probably get comments from brand name VCs, but you won’t get comments from a little guy like me, investing on some of the crowdfunding platforms. Although Coinbase hasn’t had an exit yet, the valuation is still currently in the billions. I had an opportunity to invest in it on the FundersClub crowdfunding platform, in the angel round, and I passed. Biggest miss for me — BY FAR.

WEEKEND READ: A Term Sheet reader sent me the following article and said, “I have never, ever read an article like the one I received from Institutional Investor this morning. My group read it out loud this morning at our weekly meeting. The shock kept all of us quiet.” I mean, if that doesn’t make you click, I don’t know what will.

The article, titled “When Buyout Firms Step In, Watch Out,” is about private equity firms demanding aggressive terms that may help protect their interest in companies at the expense of lenders funding their deals. Debt investors are accepting fewer covenants based partly on the narrative that they too will benefit from increased flexibility for private equity owners. Covenant-lite loans, which lack safeguards protecting lenders, have surged since the 2008 financial crisis. A record 89% of institutional loans issued last year by private equity-backed borrowers were covenant-lite, a portion that has soared from 6% in 2010.

“Where covenant-lite, or the lack of covenants, will really hurt is in the potential recoveries if we go into a default cycle,” said Craig Manchuck, a bond fund manager at Osterweis Capital Management. “Going into bankruptcy sooner often preserves that value for the estate.”