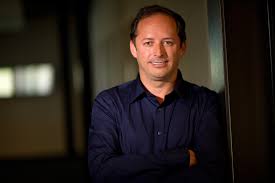 Fake it until you make it, the old adage goes.

The founder of Palo Alto-based Jumio, a mobile payments identification maker, has been called out by the Securities and Exchange Commission for taking it too far.

On Tuesday, the SEC said former Jumio CEO Daniel Mattes has agreed to pay over $ 17 million to settle charges that he had defrauded investors—allegedly overstating the company’s revenue by more than ten times in a bid to sell off his own existing shares in the company to individuals as well as funds starting in 2014.

Jumio is not unknown in the venture capital world. Since it was founded in 2010, the startup has attracted $ 55.4 million in funding from investors including Facebook co-founder Eduardo Saverin, Andreessen Horowitz, and Citi Ventures—the majority of which was raised before the alleged fraud began.

Between 2013 and 2014, even as the company faced falling revenues, Mattes allegedly dramatically cooked the books. According to the commission, Mattes stated in reports to investors that Jumio’s gross revenue reached $ 251 million when the real figure was $ 17.2 million in those two years. Jumio then stated that net loss for those two periods together was $ 9.7 million—73% lower than the actual $ 36 million loss for that period, according to the SEC complaint.

And even as he sold off a portion of his stake for a roughly $ 14 million profit 2014, the SEC says, Mattes sought to reassure investors, telling them that there was “lots of great stuff coming up” and “(he himself) would be stupid to sell at this point.” The SEC contends that he lied to the company’s board of directors as well, telling the team that a vice president was seeking to offload the shares—not himself. At the time, the board had previously refused to let Mattes sell any more of his own stake, keen on keeping Mattes fully invested in Jumio’s success as a company.

That “great stuff” failed to materialize. Instead, Jumio hired a CFO in 2014, who promptly quit a few days later after flagging multiple errors in accounting, the SEC alleges. The company hired outside counsel to restate Jumio’s 2013 and 2014 financial statements, with Mattes resigning after an investigation in mid-2015 and making way for current outside CEO Stephen Stuut, the complaint reads.

In 2016, Jumio filed for bankruptcy, making the shares Mattes had sold off worthless. Centana Growth Partners acquired what was left of the payments company shortly thereafter.

Centana Growth and Andreessen Horowitz declined to comment, while Mattes did not respond to immediate requests for a response.

“Jumio severed all ties with former founder, Daniel Mattes, and former CFO Chad Starkey in 2015, and they have not been involved with the successor company, Jumio Corp., in any capacity,” said Robert Prigge, Jumio president in a statement.

Mattes has not admitted or denied any wrongdoing, nor has former Jumio CFO Chad Starkey, who also agreed to pay $ 421,000 to settle charges related to the stock sale.

Act Two, in another country

As part of the settlement, Mattes is also no longer allowed to head a publicly listed company in the U.S.—but in the meantime he has returned to his homeland, Austria, where in late 2015 he founded a startup 42.cx that seeks to commercialize A.I. He is also now a judge on the Austrian version of Shark Tank dubbed “2 Minuten 2 Millonen.”

“Its name was inspired by the The Hitchhiker’s Guide to the Galaxy by Douglas Adams, where the number 42 is ‘The Answer to the Ultimate Question of Life, the Universe, and Everything’, calculated by an enormous supercomputer named Deep Thought over a period of 7.5 million years,” according to Mattes’ LinkedIn page.

The Jumio case is sign that the SEC is making inroads towards overseeing a world that has often exhibited a spirit of lawlessness (think the sharing economy’s “ask for forgiveness, not permission” approach). About three years ago, then-SEC Chair Mary Jo White noted that it is “essential that the Commission fully engage with Silicon Valley,” adding that she hoped the relationship would become a “a permanent fixture.”

It wasn’t all talk. On October 2017, the commission made its first move against a privately-held “unicorn,” human resources startup Zenefits, alleging that the company alongside co-founder Parker Conrad had made “materially false” statements to investors. Zenefits and Conrad paid nearly $ 1 million to settle the accusations.

High-profile unicorn implosion Theranos also found itself in the SEC’s crosshairs, with the agency charging the blood testing startup once valued at about $ 9 billion with fraud. Former CEO Elizabeth Holmes later settled, with the commission stripping Holmes of her super-voting shares and leveling a $ 500,000 fine against her. She too has been barred from taking a leadership role in publicly traded U.S. companies. But following Theranos’ unravelling, Holmes was said to be seeking investors for a new startup. It’s unclear today whether that plan is still in the works.

In the meantime, many are hoping that the SEC is able to enforce its message: if you fake it, don’t count on another chance to make it.