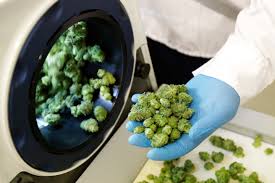 The Weed Industry’s Biggest Secret: What Everyone Gets Paid

Pretty well, it turns out.

Marijuana Business Magazine has compiled a salary study from around the legal weed business and finds that while not as many people are getting rich as you’d expect, average industry salaries are as good or higher than comparable positions in more mainstream industries.

The publication’s data researchers looked at salary data from a number of staffing sites and job boards and found that cannabis-themed salaries grew more than 16% between August 2017 and August 2018. And the number of six-figure salary positions is on the rise.

That’s luring people with more advanced degrees, which could continue to fuel the salary escalation. Hiring in the pot business, last year, was up 76%, in fact.

So who’s making what? As in many fields, it largely depends on your title.

Dispensary Manager – Running a cannabis shop, whether medical or recreational, means keeping a close eye on local laws. The average manager brings home $ 68,333, over $ 11,000 more than a food service manager. Maryland and Massachusetts are the highest paying states.

Edibles Producer – The chefs of the weed world bring in an average salary of $ 46,640, which is about $ 3,000 less than chefs and head cooks in the food service industry.

Budtender – The person behind the counter at a dispensary acts as both counselor and cashier, helping shoppers find the strain they’re looking for and answering questions from newcomers. On average, they earn $ 32,240. That’s $ 5,980 more than the average bartender and $ 4,780 more than a retail salesperson, says the magazine. California, Colorado, Illinois, Maryland and Massachusetts pay the most.

Bud Trimmer – Trimming is an essential step in harvesting marijuana. It’s not an easy job, but it doesn’t require an advanced degree. The position pays an average of $ 29,667. And the best paying jobs are in Colorado, rather than California or Washington.