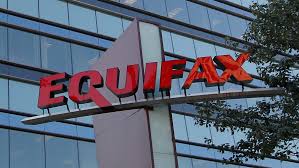 Credit reporting agency Equifax and Fair Isaac, which created and manages the FICO credit score, are announcing that they will partner to sell each other’s services to banks, according to the Wall Street Journal.

The two companies plan to eventually offer a complete system, according to a joint press release, that would allow financial services companies to manage and automate credit decisions, target consumers for offers, and reduce fraud.

The attempt is to offer banks more consumer data and deeper analysis. The institutions could see if there were additional people with thin or marginal credit who might be worth the risk of making a loan or issuing a credit card. Supposedly, lenders could also better identify which offers might be more attractive for specific consumers. The banks might then expand their lending and make more money.

The reporting firms have offered credit reports and scores for many decades and seek new ways to expand their businesses as well. That has taken different forms. Fair Isaac has offered consumers the option of linking their banking history into a new credit score called an UltraFICO. Experian, another major credit reporting agency, will, with permission, include cell phone and utility payments in credit reports.

But getting additional data may require more trust, something that has been shaky since the massive Equifax data breach in 2017 that affected 143 million Americans. That could complicate the ability of Equifax to obtain even more personal data with consumer permission.