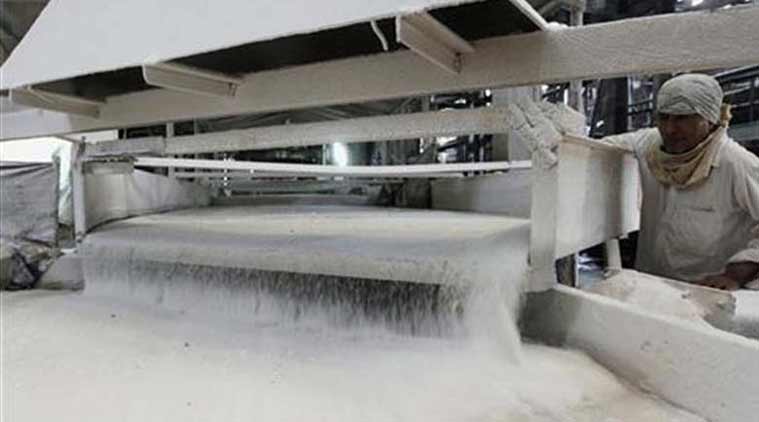 Government to crack down on sugar sales below floor price

The Indian government has asked regional cane commissioners to take action against sugar mills selling sugar below a government-mandated price, a letter seen by Reuters showed.

The sugar mills are facing a cash crunch as they also have to pay stipulated prices to buy cane from farmers at a time when there is a glut of sugar, and they are heavily in arrears in those payments.

They are under intense pressure from Prime Minister Narendra Modi’s ruling Bharatiya Janata Party to make those payments as failure to do so could turn the sugar farmers, a powerful voting bloc, against it in the general election in April-to-May..

The world’s biggest sugar consumer introduced a floor price for the sweetener last year to help the mills and the farmers. Last month it raised the minimum selling price (MSP) of sugar to 3,100 rupees ($ 45.01) per 100 kg from 2,900 rupees but despite that order several mills sold sugar below the MSP, which threatens to undermine the initiative.

“Sugar mills of your state may be advised to strictly adhere to directives of Government regarding MSP of white/refined sugar and action may be taken for violation of Sugar Price (Control) Order,” the federal food and public distribution department said in a March 20 letter to state cane commissioners.

Some mills were selling sugar below the MSP while others are selling sugar at MSP inclusive of a nationwide sales tax, which is in breach of the directive, the ministry wrote.

The sugar price control order allows the government to conduct searches in factories, and penalties include the possible seizure of stocks of mills violating the rule.

India has provided various sops to the ailing sugar industry in the past year but mills still owe cane farmers more than 200 billion rupees as refined sugar prices have fallen below the cost of production.

Fears of a government crackdown on mills led sugar lobby group, the National Federation of Cooperative Sugar Factories Ltd (NFCSF), to write to its members this week seeking compliance.

“Due to the cash crunch some mills were selling sugar below MSP and piling pressure on other mills that follow the rules,” said Prakash Naiknavare, managing director of NFCSF.

The sugar commissioner in western Maharashtra state, the second-biggest sugar producer in the country, has summoned sugar mill representatives on Thursday to discuss the sale of sugar below MSP, according to industry officials.

India is set to produce more than 32 million tonnes of sugar for the second straight year in 2018/19, overshooting the local demand of around 26 million tonnes, trade bodies estimate.

Mills have also been struggling to export surplus sugar as global prices are far lower than local prices. To encourage exports, India has given sugar mills transport subsidies of 1,000 rupees a tonne to 3,000 rupees a tonne, depending on their distance from ports.

New Delhi has set a sugar export target of 5 million tonnes, but mills are likely to export around 3 million tonnes in 2018/19, said Naiknavare of NFCSF.