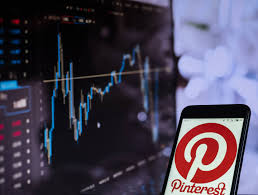 Pinterest, Valued Near $12 Billion, Files for an April IPO

Pinterest filed documents to go public with the Securities and Exchange Commission late Friday, joining other tech-unicorn peers such as Uber and Lyft in what is becoming a crowded IPO pipeline.

The social-media company, last valued at $ 12.3 billion in a June 2017 private round of financing, was reportedly bumping up its timing for a stock offering to take advantage of demand for tech IPOs that was strong enough to make for high company valuations. Pinterest, which filed confidentially to go public, now plans an April listing on the New York Stock Exchange under the ticker “PINS.”

Pinterest’s social network allows users to “pin” images to a kind of digital scrapbook in their accounts, making it popular among interior and fashion designers, shoppers, and vacation planners. The company has also introduced A.I.-based features such as Lens, a “visual search engine” that allows users to take pictures of clothes or other items to generate similar or complementary images.

“Our mission is to bring everyone the inspiration to create a life they love,” Pinterest said in its S-1 prospectus, although investors will be more interested in its financial performance than such high-minded sentiments. The company saw revenue grow 60% to $ 755.9 million last year, posting a net loss of $ 63 million, or 17 cents per pre-IPO share. At the end of 2018, Pinterest reported 265 million users and more than 175 billion “pins” saved to its platform.

Pinterest’s rushed IPO plan may push it ahead of some but not all tech IPOs in the pipeline. Ride-sharing company Lyft is expected to go public next week and the company is valued at around $ 21 billion. Uber is said to be planning to file its S-1 in April, likely putting its IPO after those of Lyft and Pinterest. Uber is expected to go public at a valuation between $ 100 billion and $ 120 billion. Other tech companies that have filed confidentially or are planning IPOs in coming months are Slack, Palantir and Zoom.