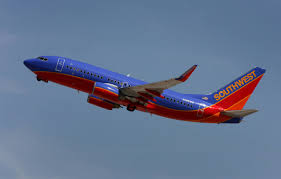 A few days after Warren Buffett told Berkshire Hathaway shareholders that the company is hoping to make “an elephant-sized acquisition,” investors have begun to speculate on what big game Buffett has in mind. The most likely candidate right now: Southwest Airlines.

Southwest’s stock, which lists under the ticker LUV, rose 4.1% Thursday to $ 56.04 a share as some investors bid up the stock to bet that Berkshire Hathaway may move to acquire the airline.

Berkshire Hathaway ended 2018 with $ 112 billion in cash and U.S. Treasuries and another $ 20 billion in other bonds, Buffett’s letter said. The company will always keep at least $ 20 billion on hand “to guard against external calamities,” Buffett wrote, leaving more than $ 100 billion for potential acquisitions, which he says Berkshire is eager to make at the right price.

“In the years ahead, we hope to move much of our excess liquidity into businesses that Berkshire will permanently own,” Buffett said. “The immediate prospects for that, however, are not good: Prices are sky-high for businesses possessing decent long-term prospects.”

Buffett said “the disappointing reality” was that Berkshire would keep buying stakes in publicly traded companies in the meantime. “We continue, nevertheless, to hope for an elephant-sized acquisition,” he wrote, before adding “Just writing about the possibility of a huge purchase has caused my pulse rate to soar.”

Berkshire has invested in a number of public companies, including banks like JPMorgan and Bank of America, with tech companies like Apple, and airlines like Southwest. Berkshire is already the second-largest shareholder in Southwest, which has a market cap of about $ 31 billion. Buffett wrote that Berkshire’s goal is to buy “ably-managed businesses… that possess favorable and durable economic characteristics.”

Those comments left Buffett-watchers guessing which company Berkshire could buy out, with some noting that Southwest’s reputation as a profitable and well-run company fits Buffett’s investment goal. An analyst report from Morgan Stanley last week viewed “a full-scale acquisition of an airline by Berkshire as a possibility and not worth dismissing.”

And Berkshire Vice Chairman Charles Munger also recently compared airlines to the railway industry as an investment. “It was a terrible business for about 80 years,” Munger said. “But finally they got down to four big railroads and it was a better business. And something similar is happening in the airline business.”

The speculation surrounding Southwest was strong enough to draw a comment from the airline itself. In an email to StreetInsider.com, a company spokesperson said, “There has been speculation circulating that Warren Buffett might be looking to acquire an airline for some time, and that Southwest might be a good fit. As a policy, we do not comment on speculations but appreciate Berkshire’s continued support of Southwest Airlines.”