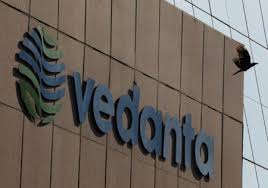 An Indian activist who released a video critical of the police shooting of protesters at Vedanta’s Tamil Nadu copper smelter in May, killing 13 and injuring many others, has been missing for 10 days, a lawyer and fellow activists said.

S Mugilan held a press conference in Chennai on February 15 where he released an analysis of publicly available video footage that he said showed the police had escalated the situation, leading to unnecessary deaths.

Twelve of the 13 protesters killed when police opened fire on the demonstration were hit by bullets in the head or chest, and half of those were shot from behind, Reuters reported in December, citing autopsy reports.

Reuters was not able to independently verify his allegations. The office of the Tamil Nadu police chief did not immediately respond on Tuesday to a request seeking comment on Mugilan’s allegations.

Mugilan has not been heard from since the day of the press conference.

Activist Sridhar Nedunchezhian said he last spoke to his friend on February 15, when Mugilan said he planned to board a train to Madurai at 11:50 pm from Chennai’s Egmore railway station.

“Mugilan mostly travelled alone, but he has a good habit. He always tells his friends where he is going and how,” Sridhar told Reuters.

Aseervatham, an activist who goes by one name, said the station is across the road from Chennai police headquarters.

“I don’t understand how the police have not been able to find out (anything) despite all the CCTV cameras and the police officials there,” he said.

Last week, lawyer and rights activist Henri Tiphagne filed a petition in the Madras High Court seeking an investigation and saying he had “serious apprehensions about the life of the human rights defender Mr. Mugilan”.

A Vedanta spokesman did not respond to an email and phone calls seeking comment.

M.K. Stalin, the leader of the opposition in Tamil Nadu, said in a tweet last week that Mugilan’s disappearance was an example of freedom of expression being stifled in the state.

Tamil Nadu Chief Minister Edappadi Palaniswami on Monday accused the opposition of playing politics. “If his family gives us details about his whereabouts, the government will take steps to find out,” he told a press conference.

The Anna Dravida Munnetra Kazhagam (ADMK) party, which rules the state and was widely criticized for the police action against the protesters, recently struck a coalition deal with Prime Minister Narendra Modi’s Bharatiya Janata Party (BJP) to contest the general election due by May.

According to social media analysis firm Talkwalker, more than 26,000 tweets used the hastag #whereismugilan in the past week. Friends and colleagues said Mugilan has been targeted previously for his activist work.

Aseervatham said Mugilan was abducted and beaten in 2016 after he protested sand mining in a remote part of Tamil Nadu.

When Reuters spoke to Mugilan in December, he said the establishment “had made a habit out of calling those fighting for civil rights, terrorists.”

Aakar Patel of Amnesty International in India said the government must do everything possible to find Mugilan.

“From protesting against polluting factories to exposing illegal sand mining cartels, Mugilan has always fought fearlessly for justice in Tamil Nadu,” he said in a statement.