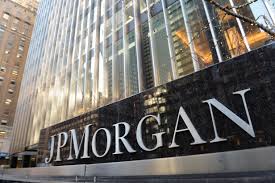 J.P. Morgan Chase is breaking barriers—literally. The bank is tearing down walls in many of its investment banking offices and instituting shared desks, an approach that has been popular in the tech industry for years, according to Reuters.

Walls came tumbling down for J.P. Morgan’s investment bankers in San Francisco and are in the process in Dallas, Phoenix, and Columbus, Ohio. Instead of private offices, there are booths like you might see in a diner, quiet zones, and big tables to share.

Goldman Sachs made the same move in 2017. Morgan Stanley is currently doing the same.

But there may be other prices to pay. Status becomes a significant factor for employees in banking. “We have historically been very hierarchical,” Noah Wintroub, a San Francisco-based vice chairman of investment banking at J.P. Morgan, told the Wall Street Journal. “When you become a managing director you have this kind of office.”