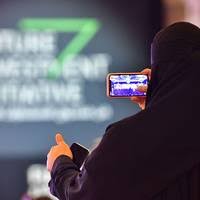 Missing a headliner such as WeWork is worse than investing in 100 companies on the highway to failure.

That’s the philosophy of David Tisch, the founder of BoxGroup — an early stage investment firm with its hands in investments such as Plaid, Warby Parker, and ClassPass.

Dubbed one of the most prolific angel investors in the Big Apple, Tisch, through BoxGroup, has invested in approximately 310 companies since its founding in 2007. He typically writes checks between $ 200,000 to $ 500,000—usually written during seed stage to series A. The firm has invested in a wide variety of startups, from consumer healthcare, to fintech and Saas businesses—though usually in firms based in New York, the fund’s own home base.

Despite the firm’s broad range, Tisch still beats himself up whenever he sees a deal announced involving key players that he may have missed or declined to fund. He believes his job is one of tracking every potential startup in the space, and networking with each and every one. In fact, the investor keeps a running spreadsheet of all these so-called missed deals, reviewing where exactly the fund went wrong in the process.

Tisch operates in a space where the mantra goes, failure is constant: Roughly 60% of startups fail to recoup their investors’ money—an undoubtedly painful experience for the parties at play, but also a problem that can be balanced out for Tisch.

“If I funded 100 bad companies, and I funded WeWork, my returns would be perfect,” he told Fortune.

The chat also comes at a time when seed-stage funding become a smaller slice of the startup funding world amid the rise of mega funds and monster unicorn—and at a time when some have found it harder to find cheap deals. According to a CBInsights and PwC, seed stage deal volume fell to 25% of the total startup funding pie in 2018—down from 31% the year prior. And just like the ever increasing size of later funding rounds, seed stage deals have also grown larger: That figure rested at $ 2.1 million in the fourth quarter of 2018, up from $ 2 million a year earlier.

Here’s what Tisch has to say about the pain of missing a winning investment, his biggest wins and misses, as well as how he finds a promising startup to introduce to later stage investors.

FORTUNE: Tell me more about your process of workshopping the missed investment opportunities.

TISCH: We have a weekly meeting and we talk about things that have happened that we were not a part of. Every morning, you get an email in your inbox and there’s a bunch of deals news and I feel like our job as a seed stage is to know every moving piece of the (startup ecosystem), even though the industry has gotten so big that it’s unrealistic. But it’s the standard that we have to hold ourselves up to—especially if it’s a New York-based company, or a company that we know or which we may know of the founding team. If we didn’t see it, or if we looked at a company and passed, then we screwed something up.

So it’s questions like “Why didn’t we see this,” or “Why did we see this and not do it, was that the right decision,” as well as “This company sounds interesting, it’s a little late but do we want to reach out just to learn?”

But startups fail all the time, so how do you judge when a deal is going to be worth it later?

The cost of missing something is much more expensive than the cost of funding a bad company. So if I funded 100 bad companies, and I funded WeWork, my returns would be perfect.

But when there are firms in spaces funded by investors we’ve never heard about, I don’t tend to care. It’s the ones where they are funded by a firm we like and work with.

So when, for instance, I see Sequoia out there on a deal, I automatically assume that they are right and I was wrong. The best people are really good at this, so if you see a really amazing fund invest in something you didn’t invest in, that’s a different signal than someone you’ve never heard of.

What were your biggest missed deals?

TISCH: WeWork and Peloton. WeWork and Peloton were built in New York, and we didn’t see those investments. They are two unique and pretty magical companies that we think we would’ve liked if we had seen them, but we never did. WeWork was built in our backyards— It was 2010 or 2011, and we had a couple companies that were talking about working about WeWork Labs (WeWork’s early accelerator program), and I think we should’ve just asked more questions about “what is WeWork Labs?” I don’t think we realized that WeWork Labs was attached to a bigger, broader company.

But I want to pretend to have figured that it was interesting at the time, but it was a co-working space—and there were a lot of co-working spaces. So I don’t know if things are so obvious that something as amazing as WeWork would happen. But I didn’t say ‘no.’ We just didn’t have the opportunity.

WeWork’s WiFi comes into our office now—it’s an investment that still regularly haunts me.

Do you have any deals that you passed on that turned out to be winners?

TISCH: A ton. We’ve made a lot of mistakes, and I think we’re in a job of making mistakes (Tisch proceeded to whip out an excel of companies that he’s missed on his phone). We keep track of everything that we see, and every time something starts doing well, we make sure to highlight that we’ve messed up. We saw and passed on Casper mattresses very early on, and we totally messed up on Dia & Co. We also passed on Via, which we now see on a daily basis in taxis and I go ‘f***.’

But I think our job is to right more so than wrong, rather than never be wrong.

So why did you mess up?


TISCH: Because I’m bad at my job. [I laugh.] But seriously—for whatever reason we passed at the time, it’s irrelevant. I think you make a decision in a moment when you don’t have enough information to make a decision—and sometimes you are right, and sometimes you are wrong. I think Casper—selling mattresses on the internet felt like a tricky thing to do—I mean how many times do people buy new mattresses? So I think what they’ve done is prove that it can be done and that they’ve built a brand, and at the time, Casper wasn’t even called Casper. Sometimes it’s just early and to see where a company is going.

TISCH: We’ve had some great outcomes—we had PillPack which sold to Amazon for $ 1 billion last year, Flatiron Health which sold to Roche, and we were the first investor in Vine (which was sold to Twitter before eventually shutting down). GroupMe sold to Skype in 2011, and now GroupMe is top 100 in the app store. The last one is ClassPass I met Payal Kadakia at Techstars at the beginnings of ClassPass and watched her emerge as a wonderful person in the industry. So we’ve had about over 40 exits.

How do you find a new startup that is interesting, and could eventually be a viable candidate for Series A and beyond?

TISCH: So you think, ‘How do you put yourself in a position with a higher probability of seeing something rather than not?’ There are predictable ways: You know Y Combinator has a company every six months so you want to see that every six months. You see that very interesting people are coming out of Harvard Business School, Carnegie Mellon, or Stanford or starting companies—so you want to make sure there are ways to see things happening in their entrepreneur clubs or competitions.

So any sort of channel to meet people, we’ll go there. We’ll be at incubators, labs, schools, accelerators, and then it’s really just a consistent amount of networking required to figure out the signal.

Founders know future founders—that is probably the best way to put it. If you get a portfolio company to introduce you to someone starting something interesting, that’s a really positive signal. We spend a lot of time asking existing investments for potential new investments.

We have to talk about the rise of mega-funds like SoftBank. Has that made it harder for you to invest?

TISCH: It’s harder to see what you want to see and things get crowded with a lot of investors—so I think figuring out what our narrative is to work with a founder is important. But I’ll tell you in 10 years—you have to operate on this crazy long timeline to find the zen in what you do. It’s hard, but everything is hard.