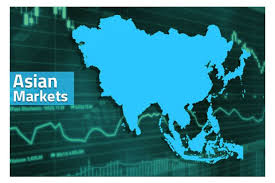 Foreigners were net buyers of Asian shares in January, data from seven exchanges showed, on hopes the U.S. Federal Reserve would go slow with its monetary tightening measures this year and the trade talks would unwind some tariffs, bolstering world trade.

Foreign outflows from Asian equities were the biggest in at least seven years in 2018 as the Sino-U.S. trade war and slowing profits battered regional stocks last year.

South Korea and Taiwan led the region with inflows of $ 3.7 billion and $ 1.2 billion, respectively.

Indonesia received $ 969 million worth of foreign money in January, while the Philippines witnessed inflows of about $ 350 million.

On the other hand, foreign investors net sold Indian equities on concerns over lacklustre third-quarter earnings and uncertainty ahead of the upcoming elections.

Some surveys showed that Indian Prime Minister Narendra Modi’s ruling coalition will emerge as the largest group in the parliamentary elections expected in the next few months but may fall short of a majority required to rule.

“We think investors shouldn’t focus on politics alone as India is on the cusp of a new earnings cycle. While election remains an event risk in the near term, the medium-term direction of the equity markets will be determined by the earnings trajectory,” said Rajat Agarwal, a strategist at Societe Generale.

“The slowdown in earnings growth has clearly bottomed out, however, the strength of the new cycle and the expansion of the earnings pool will depend on the pickup in the capex cycle, on which we are seeing early signs.”