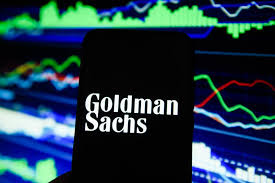 The open banking fintech startup Bud just completed its series A funding round, securing $ 20 million from a group that includes Goldman Sachs and HSBC, plus banks in Australia, South Africa, and Spain.

The London-based startup provides a platform for users to find the most cost-effective products by allowing financial institutions to share data about their customers’ financial habits (with permission). Data-sharing also allows banks to come up with new financial products to suit current and potential customers.

When Bud launched in 2016, it was a consumer-oriented platform that allowed users to track their financial data, but now it primarily focuses on providing open banking technology to other businesses, including HSBC. According to Bud co-founder George Dunning, the startup’s customers also include a handful of other banks, tens of fintech companies, and the U.K. government, which is trying to make it easier for its citizens to get on the property ladder.

Proponents of open banking say it will make the industry more competitive and transparent, which will allow customers to make more informed decisions about where they bank. There are some concerns that open banking could lead to data insecurity, however, or give consumers a false sense of security in the products advertised to them under the new system.

Bud currently has a workforce of 62, and they’re looking to double in size by the end of 2019.