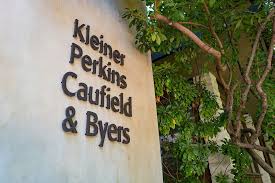 Kleiner Perkins Caufield & Byers is trying to re-brand into the Kleiner of the past.

The storied venture firm announced it has officially raised $ 600 million for its 18th flagship fund. The fund will focus on early-stage investing across sectors including consumer, enterprise, hard tech and fintech.

“As we deliberated our strategy and studied our history, the answer was clear: we’re going ‘back to the future’ returning to Kleiner’s roots,” reads a Kleiner blog post.

Ironically, there isn’t much of the old Kleiner DNA left at at the firm to help it return it to its roots.

This means only two of the original five GPs who were part of the Kleiner Perkins Caufield & Byers XVII fund are staying on for the latest fund. Ted Schlein and Wen Hsieh will lead the venture fund alongside relative newcomers Mamoon Hamid (ex-Social Capital) and Ilya Fushman (ex-Index Ventures).

“If you look at the history of Kleiner, it was a very small firm focused on backing entrepreneurs at the earliest stages,” Fushman, who has been at Kleiner for 10 months, tells Term Sheet about the latest fundraise. “That’s what we want to do. We want to do it in a boutique-style now, which is very-high touch.”

The “boutique style” approach comes four months after news that Mary Meeker, along with the rest of Kleiner’s growth investment team, would spin out of the storied firm and raise their own $ 1.25 billion fund called “Bond.”

Of course, it’s obvious why Kleiner wants to “return to its roots” — early-stage is where the big money is made. The 47-year-old firm used to be a hit machine, making investments in the early rounds of knockout companies that went on to become industry titans. But Kleiner’s glory days ended years ago.

The firm missed the early window on some of the biggest deals that defined the last decade — Facebook, Twitter, and Snapchat. Returns across its early-stage practice have suffered as a result, according to return data obtained by Term Sheet.

A limited partner, who has invested in several of Kleiner’s previous funds but did not participate in the latest flagship vehicle, views Kleiner as a brand new firm because of the composition of the team. They tell me, however, the turnover at the firm is a positive given the stretch of mediocre returns that the early-stage team has delivered to its investors over the last decade.

Behind its flashy ‘Back to the Future’ slogan, Kleiner’s reality is that it’s a new team with a new strategy. A lot is riding on this $ 600 million fund as this is likely the firm’s last attempt at re-gaining the momentum and relevance it once had.