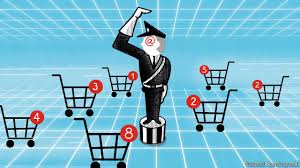 WHEN YOU have 60 banks in a country of just 9.5m people, there is much to be said for merging three at a time. On January 29th Abu Dhabi Commercial Bank (ADCB), the third-biggest bank by assets in the United Arab Emirates (UAE), agreed to buy eighth-ranked Union National Bank in an all-share deal. The enlarged ADCB will then swallow Al Hilal Bank, a smaller, Islamic bank. All three are controlled by Abu Dhabi’s government, which will own 60.2% of the new entity.

Analysts at Moody’s, a rating agency, argue that banks are being pushed into merging by slower economic growth and muted demand for credit, the product of lower oil prices in recent years, and tighter funding conditions. Higher American interest rates have forced banks in the Gulf, where most currencies are pegged to the dollar, to offer more. ADCB’s cost of funds was 2.36% in the last quarter of 2018, up from 1.54% a year earlier, though it managed to maintain its net interest margin at just under 3%. And rising regulatory demands and the costs of digitisation—burdens for banks everywhere—are easier to bear if you are big.

The Gulf’s banking markets are overcrowded anyway. Oman, Moody’s notes, has 20 banks for 4.6m people. Bahrain has around 30 for a mere 1.5m. In the UAE, although there are lots of tiddlers, the top three lenders account for more than half of assets: FAB boasts 26% and post-merger ADCB 15%. The big fish have lower costs, relative to income, and the gap is widening.

However, Mohamed Damak of S&P Global Ratings, another agency, believes that ownership structures could limit mergers. Many banks are controlled by governments or rich families. Both could be reluctant partners. Abu Dhabi’s new deal has faced no such obstacle, because the government controls all three parties. The state was also on both sides in the merger that created FAB. The union of Saudi British Bank and Alawwal, says Mr Damak, is made easier by the fact that the main shareholders of both—HSBC and Royal Bank of Scotland—are big Western banks.