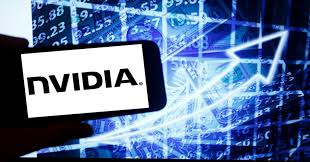 The company said that it had $ 2.2 billion in revenue, far short of the $ 2.7 billion it had forecast.

CEO Jensen Huang blamed China’s slowing economy and a few other factors that added up to what he described as “an extraordinary, unusually turbulent, and disappointing quarter.” Shares of Nvidia, which had already dropped about 34% over the past year, lost another 14% on Monday to close at $ 138.01.

Given how far Nvidia’s results and its stock price had already fallen, due in large part to declining demand from digital currency miners, the $ 500 million shortfall “appears considerably more sizable than many had feared,” Bernstein Research analyst Stacy Rasgon wrote. Other companies had already warned about troubles from some of Nvidia’s key customers spending less. Apple was the first to signal lower spending from Chinese consumers and Intel said it experienced weakening spending by cloud services providers, the analyst noted.

“Admittedly we had hoped (not for the first time unfortunately) that Nvidia might be more insulated from some of these trends,” Rasgon wrote. “Unfortunately it is not to be.”

Analyst Christopher Rolland, at Susquehanna Financial Group, slashed his price target on Nvidia’s stock to $ 170 from $ 210 and warned that other chipmakers like Advanced Micro Devices were also at risk of disappointing. “With the additional negative commentary describing a deteriorating macro picture and Chinese gaming at NVIDIA, we continue to believe that AMD is at significant risk of a miss,” Rolland wrote.

Similarly, Blayne Curtis at Barclays cut his price target to $ 175 from $ 200. The pullback in spending by cloud data centers was “more troubling” that the problems selling gaming cards, as the company did little to explain what was happening, he wrote.

Some of Nvidia’s problems were company-specific, however. Nvidia introduced its latest line of graphics cards for video gamers last year based on its Turing chip design. But the big performance gains in the new cards was mostly for a feature that simulates light reflections known as ray tracing. Not many games yet take advantage of the improved ray tracing feature, Macquarie Capital analyst Srini Pajjuri noted.

“Turing is off to a slow start due to limited ray tracing ecosystem, and expect adoption to pick up as new titles roll out in the coming quarters,” Pajjuri wrote.

Nvidia (nvda) CEO Huang had tweaked his rival, AMD, at the CES tech trade show earlier in January over the ray tracing feature, which he said left AMD (amd) far behind. “The performance is lousy” and “underwhelming” he said of AMD’s latest. AMD Lisa Su took the high road in response: “I’m not gonna get into it tit for tat–that’s just not my style.”

On Monday, some analysts sought to focus on the long-term opportunity for Nvidia, which is increasingly moving from selling to gamers to expanding its market in cloud data centers. Graphics cards, with their ability to conduct many simple calculations simultaneously, have turned out to be a perfect fit for machine learning and artificial intelligence applications.

Jeffries analyst Mark Lipacis wrote that the market for graphics cards on the data center should grow to $ 20 billion overall within five years. “We expect NVDA to capture a large part of that parallel processing market.”