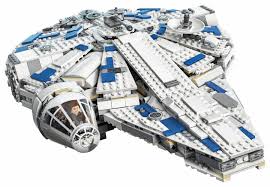 As painful as it is to step on a Lego brick while barefoot, throwing a set out could hurt even more. At least financially. The popular toys, which have inspired theme parks and a film franchise, may be a promising investment asset, according to a paper published by an economics professor at a Moscow university.

“We find that Lego investments outperform large stocks, bonds, gold and other alternative investments, yielding the average return of at least 11% (8% in real terms) in the sample period 1987-2015,” Victoria Dobrynskaya wrote in an April 2018 paper titled “LEGO—The Toy of Smart Investors.”

The report comes with a few caveats. There is a difference, both in scope and in dynamics, between the collectibles markets, where Lego sets are bought and sold (usually on eBay), and the financial markets, where stocks and gold are traded. One Lego set, a Star Wars Darth Revan set that retailed for $ 3.99 in 2014, was resold a year later for $ 28.46—an annual return of 613%. But even if one scored similar returns on dozens of Lego sets, it adds up to hundreds of dollars a year, not the tens of thousands most retirees need in retirement.

And then there’s the risk that Lego-mania may have peaked. Collectibles are powered by fads: baseball cards and Beanie Babies aren’t as popular as they once were. Dobrynskaya’s paper said that Lego sets released in 2014 saw an average annual return of 82%, up from 5% in 2004. But more recently Lego has been struggling. The company cut about 1,400 jobs in 2017 as sales fell 8%, its first year of decline following 13 years of growth.

“If you think about all the academics in the world, there are a lot of them, and all of them are looking for something interesting to say,” Roberto Croce, managing director, senior portfolio manager at BNY Mellon, told Bloomberg. “Someone is going to find something that is correlated. Purely by randomness that’s going to happen. I’d take it with a grain of salt.”