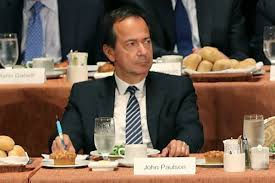 Billionaire Ken Griffin, the founder of Chicago-based hedge fund Citadel, seems to enjoy making record-setting purchases. Griffin recently bought a New York City penthouse for roughly $ 238 million, which sets a new record for the highest-priced home ever sold in the United States, according to The Wall Street Journal.

The reportedly 24,000-square-foot penthouse is located at 220 Central Park South, a still-under-construction high-rise that towers 1,000 feet over the southern end of Central Park. The building has reportedly become a magnet for ultra-wealthy buyers. Griffin’s new neighbors are said to include fellow billionaire hedge fund managers including Dan Och of Och-Ziff Capital Management, as well as the married couple of rocker turned Broadway writer and actor, Sting, and actress and producer-director Trudie Styler. But while elite buyers names have leaked, the developer has kept the building and unit interiors under wraps, refusing to release images.

With this latest purchase, Griffin knocks out the previous record for most expensive home purchase, held by Barry Rosenstein who dropped $ 137 million on his Hamptons home in 2014. Griffin also set a record in the art world in 2016 when he paid $ 500 million for two paintings, a Jackson Pollack and a Willem de Kooning, from entertainment mogul David Geffen’s foundation.

Griffin’s spokeswoman told the Journal that with Citadel expanding its presence in New York at its 425 Park Avenue office, Griffin was looking for a place to stay when he’s in the city.

Griffin is known for his spending habits, but also for philanthropic donations. He contributed $ 125 million to the University of Chicago’s Department of Economics, and also in his fund’s home city, Griffin gave the police force $ 10 million to combat gun violence. He certainly has plenty to divvy up among any number of colleges and causes. In 2014 alone, Griffin made over a billion dollars.