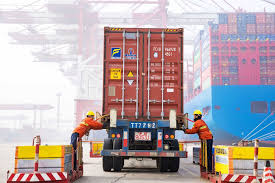 The Next Phase of Globalization: Cheap Labor Is Out, the Best Talent Is In

For more than half a century, manufacturers created global supply chains that sourced goods wherever costs (wages) were lowest and sold them wherever demand was greatest. The trend drove world growth, powered the rise of many developing countries (particularly China), and resulted in the largest alleviation of poverty in world history. (It also helped fuel a political backlash in developed countries.)

In the last decade, however, that trend has reversed. A new study out this morning from the McKinsey Global Institute—CEO Daily got an early look—finds the share of goods produced around the world that is traded across borders has fallen sharply, from 28.1% in 2007 to 22.5% in 2017. That may partly reflect the political backlash against trade. But it also reflects rising consumer demand in China and other developing countries (they are buying more of their own goods), as well as improved domestic supply chains in those countries.

But here’s the rub: While trade in goods is declining as a share of output, trade in services is soaring. National statistics only attribute about 23% of all trade to services. But the McKinsey report says those numbers exclude some very significant aspects of services trade which, if included, would make it half of all trade.

“Globalization isn’t dead; it has just changed,” says Susan Lund, a partner at McKinsey and leader of the institute.

That has some important implications for the global economy. Among them:

— Foreign trade is no longer being driven by the search for low wages. Less than 20% of trade is based on labor-cost arbitrage, the report says.

— Knowledge-based trade is soaring. Investment in intangible assets—R&D, strong brands, intellectual property—has doubled as a share of trade, from 5.5% to 13.1%.

The implications for public policy are clear. Restricting trade in physical goods is fighting the last war. And attempting to restrict trade in intellectual property and intangibles is a fool’s errand. In the next round of globalization, it will be countries with the best talent, not those with the lowest wages, that will have the upper hand.

You can read the full report here.