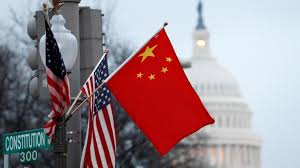 Chinese Direct Investment in the U.S. Is Plummeting—and Likely to Fall Further

Chinese foreign direct investment in the U.S. totalled a paltry $ 4.8 billion last year, according to analysts at Rhodium Group.

To the first point, Rhodium noted: “The Trump administration has actively utilized the Committee on Foreign Investment in the United States (CFIUS) to scrutinize Chinese acquisitions, pushing the number of Chinese transactions abandoned due to unresolved national security concerns to an all-time high. On top of that, trade barriers and a generally more confrontational stance toward China have created tremendous uncertainty for Chinese companies in the U.S., dampening investor appetite and increasing the risk perception of U.S. sellers.”

However, Rhodium explained, Chinese policy was also a big factor. Beijing has recently been trying to rein in its debt problem, and part of that involves making its conglomerates sell off their foreign investments and shrink their balance sheets.

“China has not meaningfully loosened outbound capital controls as its Balance of Payments situation remains fragile,” Rhodium wrote. “Over the past year, Beijing’s deleveraging campaign has emerged as another important variable, curbing liquidity in the market and forcing private firms to prioritizing domestic debt consolidation instead of global expansion.”

Will the situation improve this year? “Most hurdles weighing on China’s U.S. investment are poised to persist or deepen,” Rhodium’s analysts opined.