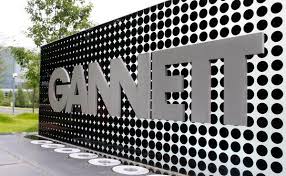 USA Today publisher Gannett Co. received an unsolicited $ 1.36 billion offer from MNG Enterprises, a company that has bought newspapers across the country and is known for its drastic cut costs.

A deal would turn MNG, backed by hedge fund Alden Global Capital, into the largest owner of U.S. daily newspapers. MNG already has more than 200 daily and weekly titles, including the Denver Post and Orange County Register, and has been eliminating jobs to try to squeeze profits from the troubled sector. The moves have drawn protests from journalists.

The cash offer of $ 12 a share by MNG represents a 23% premium to Gannett’s closing price on Friday. MNG, better known as Digital First Media, said in a statement that it sent a letter to Gannett’s board proposing the takeover. Gannett couldn’t immediately be reached for comment.

Gannett shares rose as much as 20% to $ 11.74, their highest point since May, in premarket trading Monday. They had lost a quarter of their value in 2018, dragged down by industrywide declines in the newspaper business.

MNG also called for Gannett to immediately start a review of strategic alternatives, commit to halting digital expansion, and settle on a new strategy before hiring its next chief executive officer.

MNG, which says it has a 7.5% stake in Gannett, is agitating at a time when the publisher may be vulnerable, with a search under way to find a replacement for CEO Robert Dickey.

Like all newspaper companies, Gannett—which has more than 100 titles in the U.S., including the Detroit Free Press, Cincinnati Enquirer, and Des Moines Register, and more than 160 in the U.K.—has been stung by the loss of advertisers to social media. Rising newsprint costs have also dented profits.

Hedge funds have seen the newspaper industry’s woes as an opportunity, snapping up several heavily indebted chains since the 2008 financial crisis. While the investment firms say they’re cutting waste and inefficiency to save the business, journalists have said the deep reductions in staff and resources have crippled their ability to cover news.

MNG has made some of the most severe cuts among owners. In April, employees at its Denver Post, whose staff has shrunk from about 200 to less than 100 in the past eight years, publicly rebuked its owner after being ordered to cut 30 more jobs.