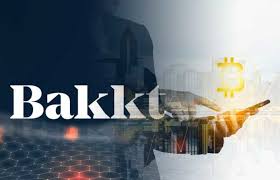 Bakkt aims to make Bitcoin trading safe for Wall Street. Now, a new acquisition confirms that the cryptocurrency trading company is speeding its plans to revolutionize the way people pay for everything from coffee to cars.

On Monday Bakkt, which was launched by the owner of the New York Stock Exchange, announced the acquisition of assets owned by Rosenthal Collins Group, a century-old futures commissions merchant. As an FCM, Rosenthal Collins specializes in managing commodities accounts for investors and institutions by moving money, handling collateral, and steering trades through bank-owned clearinghouses with minimal risk of default.

In December, it was announced that the consumer accounts franchise of RCG would be sold to one of the industry’s largest players, Marex. Bakkt’s CEO Kelly Loeffler tells Fortune in her first interview discussing the new deal, whose price wasn’t disclosed: “Typically when companies are combined you have overlapping systems, so we saw an opportunity to a purchase a portion of the back office operations, including compliance and treasury services, and risk management, as well as adding members of the RCG team.” Bakkt is essentially buying part of Rosenthal’s back office.

Rosenthal traditionally focused on the institutional side. Loeffler emphasizes that Bakkt will use its expertise in an entirely new area to support its vision for streamlining payments between customers and merchants. “It’s not so institutions can trade,” says Loeffler. “The acquisition will aid our consumer business as we build Bakkt.”

At its launch in early 2018, Bakkt––its majority investor is NYSE owner Intercontinental Exchange (ICE)––announced a never-before-achieved ambition in the digital world: to create the first fully-federally regulated exchange for trading and warehousing Bitcoin. Its goal was to make trading so safe for Wall Street that the big banks and institutions would create cryptocurrency ETFs and mutual fund to satisfy mushrooming demand, especially from millennials. The “flywheel effect” generated by all that trading, Bakkt reckons, will transform Bitcoin, or another dominant token, into a highly-liquid commercial currency, eliminating the gigantic gyrations in price.

From the start, Bakkt has harbored a second, parallel goal: To transform the retail payments system where merchants pay steep fees for every dollar you and I pay at the checkout counter. “The evolution of blockchain technology opens new possibilities for digital assets to serve as an an efficient payments mechanism at the consumer and merchant level,” Loeffler tells Fortune.

How would the payments work? “At first, it will be available for use in apps,” says Loeffler, noting that Bakkt is partnering with Starbucks to build the template. “Think about today’s Starbucks app. You can pre-fund a prepaid or stored value card with a digital app. The first use case is to pre-fund the cards, with Bitcoin. The goal is to give consumers the choice between purchasing with digital or fiat currency.”

In December, Loeffler announced that Bakkt would delay the launch of its institutional trading platform until January 24. At the same time, she disclosed that Bakkt has raised $ 182.5 million from 12 investors, including such pioneers in backing cryptocurrencies as Hong Kong billionaire Li Ka-shing and Mike Novogratz of Galaxy Digital. The timing of the launch is based on regulatory review, and the government is now partially shutdown, including the regulatory agencies. Bakkt has completed its application to the CFTC but awaits approval. “The government shutdown is delaying the process,” Loeffler says.

But Bakkt’s ambitions are greater than ever, Loeffler says. The startup is already going global and has begun discussions with regulators outside the U.S. ICE owns a number of the world’s biggest commodities exchanges besides ICE Futures US, the market that will handle domestic business, including ICE Futures Europe and ICE Futures Singapore. “Bakkt is being designed as a global business,” says Loeffler. Bakkt represents the biggest bet yet by a major financial player to bring crypto-currencies both to Wall Street and masses of consumers.