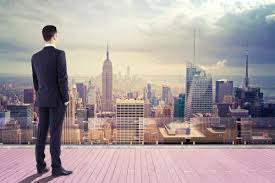 With a transit “apocalypse” avoided, a small area of real estate in New York City looks prime again. But who stands to benefit—whether it be landlords, renters, buyers, or businesses—is now a question up for debate in and beyond the five boroughs.

New York Governor Andrew Cuomo made the surprise announcement on Thursday the L train subway tunnel between Manhattan and Brooklyn will not be shutting down for 15 months—previously scheduled to start on April 27, 2019—as originally planned. The closure had been in the works for years in order to repair damage incurred during Hurricane Sandy in 2012, when the subway tunnel was submerged by floodwaters.

“The news of L-pocalypse avoided is a welcome development, and is expected to result in an upswing of renting and buying activity in Williamsburg,” Aleksandra Scepanovic, managing director of New York real estate firm Ideal Properties Group, tells Fortune. “People who may have been considering moving out of the area for a year or two of the shutdown, are likely to reverse their thinking and stay put.”

Brooklyn’s Williamsburg and Greenpoint neighborhoods have steadily seen rents rise sharply over the last decade, but are also often derided as hotbeds of gentrification with an influx of luxury high-rises, mass market retailers, and a younger professional crowd of renters and buyers often working in tech and finance.

With the news of an official shutdown, local businesses and residents had been dreading a future without a vital transit link to the area, with many landlords offering incentives to keep tenants as some renters already prepared to leave the neighborhood altogether. While perhaps a relief to some current L train straphangers, even though the canceled shutdown—meaning the L train will continue to run, at least sometimes—not everyone was pleased with Cuomo’s announcement right away, and no shortage of unanswered questions.

“Thursday’s news will definitely raise the confidence level of all the above business categories knowing that their customers will be much less inconvenienced. If they haven’t moved, residents looking to leave will reconsider,” says Jason Pennington, managing director of retail brokerage at RIPCO Real Estate’s Brooklyn office. But given that there will still be significant schedule changes with night and weekend construction work, Pennington warns the shutdown could still be an issue for local businesses and restaurants catering to tourists and outer borough residents.

Before Thursday’s announcement, the local real estate market was down—and continuing to go down, according to Warner Lewis, an agent at Halstead, a real estate firm covering the tri-state area. “Many developers had pulled units off the market and were repricing them lower, landlords were giving very robust concessions, and individual sellers were having to discount prices to get deals done.”

Adam Meshberg, a resident of Williamsburg as well as founder and principal of architecture and design firm Meshberg Group, concurred that the market had been getting softer, but suggested things could turn around quickly.

“One client called today and shared they were about to rent one of their units for a two-year contract under market value to fill the space,” Meshberg said. “Minutes before signing the contract, they heard the announcement and are no longer renting it under value.”

Scepanovic thinks both landlords and tenants could stand to benefit from the news, the most obvious being tenants and buyers won’t have to worry about a significant disruption to their commutes. Landlords and sellers, of course, will be able to continue with business as usual.

“Everyone wants to hear that it’s the landlords who will benefit the most, but there is a tremendous benefit to the renters and buyers,” adds Andrew Barrocas, CEO of MNS Real Estate in Brooklyn. “Residents can get their kids to school in the city, get to work, etc. And of course, landlords will reap the benefit. It’s not black and white.”

For prospective tenants who might have been hoping to take advantage of what were expected to be lower rents, there might still be a small—very small—window of opportunity.

“Winter temperatures in New York City always have a cooling effect on property prices—both on sales and rental fronts, and this year is no exception,” Scepanovic says. “The pricing is likely to correct upward, and the incentives may start falling off in the warmer months ahead.”

For rentals, specifically, the difference will be felt immediately, Lewis says. “Concessions will pull back and there will be more potential tenants in the market,” he explained. “This is the biggest possible gift in 2019 that landlords in Williamsburg could have hoped for.”

The crucial transit link also helps with the real estate market for surrounding neighborhoods—perhaps most notably to the immediate north in Long Island City, where Amazon just announced it is planning to open a massive new headquarters. Within days (and even days before) the HQ2 reveal late last year, apartment listing searches and bids for condos in the Queens neighborhood surged immediately. Keeping the L train alive will also mean Williamsburg is directly linked to Google’s current base on the western side of Manhattan as the Internet giant plans another New York campus not too far south along the Hudson River.

Eric Benaim, CEO and founder of Long Island City-based brokerage firm Modern Spaces, says that other markets that were betting on the L train shutting down as a way to drive more traffic to their neighborhoods and buildings will have to be more competitive now.

Scepanovic suspects that a substantial portion of the incoming Amazon HQ staff working in Long Island City will likely settle in Greenpoint and Williamsburg as well as Manhattan’s Midtown East and Astoria, just to the north of Long Island City in Queens.

“The selection of LIC as the Amazon’s partial HQ destination is yet another localized market force, the expression of which is likely to result in the increase of rental and sales prices in the area,” Scepanovic says.