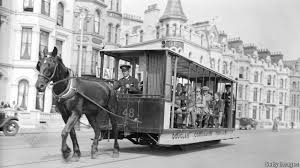 THE SEASIDE promenade in Douglas, on the Isle of Man, a self-governing British Crown dependency, boasts grand Victorian buildings and a horse-drawn tram. Once they helped it to compete with the likes of Llandudno and Blackpool for the tourist masses of England’s north-west. When cheap air travel meant these holiday towns were abandoned, most fell into disrepair. But Douglas reinvented itself as an offshore financial centre. Today finance provides over a third of the island’s GDP, of which around half is from insurance. Now new transparency rules put that at risk.

From January 1st the island’s insurers will have to be more open with clients, in particular on the subject of brokers’ commissions. Britain has had similar rules since 2013. International organisations such as the OECD, a club of rich countries, and the Financial Action Task Force, an intergovernmental anti-money-laundering organisation, increasingly require such standards for their seal of approval.

The island’s main insurance business is not at risk. The “offshore bonds” it started offering in the 1970s allow British residents to pay a lump sum, usually at least £50,000 ($ 63,000), to be returned on an agreed date. These count as life insurance, though the insurance payout is typically just 1-5% of the lump sum, and can be as little as £1. The appeal is tax-efficiency: deferring income-tax liabilities or avoiding inheritance tax. Britain’s tax authority could kill these off, but it has tolerated them for decades and shows no sign of a change of heart.

Rather, it is the island’s growing business of life insurance for expatriates and the global rich that is under threat. The other big offshore insurance centre, Bermuda, specialises in property-and-casualty insurance and reinsurance, mainly for hurricane risk in America. For the Isle of Man, by contrast, life insurance accounts for over 90% of its insurers’ assets under management: £69bn out of £75bn. And within life insurance, it specialises in asset protection and asset management rather than death benefits or annuities.

A striking example is a policy offered by Old Mutual International (OMI), a subsidiary of London-listed Quilter, which pays out a lump sum of millions of pounds to heirs in Singapore inheriting property in Britain, allowing them to foot the inheritance-tax bill without needing to sell the properties. But this policy at least has a large cash payout; many others are “wrappers” that simply fold existing assets into insurance payouts. Reasons to buy range from wealth protection—from high taxes, government expropriation or succession squabbles—to tax arbitrage. In many countries the proceeds of a life-insurance policy attract less tax than a direct inheritance.

Unhappily for Manx firms, these products are sold with hefty commissions. Some of their brokers in far-flung countries charge 6-7% of a policy’s value. Though that is similar to commissions in onshore jurisdictions—around 6% in Ireland, for instance—onshore life insurance is mainly about death benefits, annuities and to an extent savings. A better comparator for Manx products is financial advice, where commissions have been slashed. In Britain financial advisers must charge retail investors fixed fees rather than commissions, to avoid conflicts of interest.

Business might shift to avoid the new rules. One Manx official worries about competition from the British Virgin Islands. Or clients boggling at the newly revealed fees may switch to a different sort of vehicle for asset protection, for example the trusts in which Jersey and Guernsey, also Crown dependencies, specialise.

The Isle of Man will still benefit from a stable legal environment and specialist talent. It already offers some products that rely on neither Britain’s tax forbearance nor rich individuals elsewhere. Notably, the Manx operations of Zurich Insurance, a global insurer, focus on life-insurance and pensions schemes for the employees of multinational firms. But the island’s financial industry will have to diversify: to new types of customers such as corporations, for example, or to products that are less dependent on brokers.