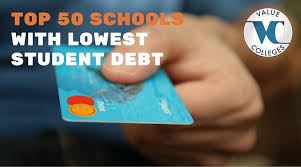 The Average American Household Has $8,284 in Credit Card Debt

As the average American household’s credit card debt soars and interest rates rise, a debt problem appears closer than ever.

According to WalletHub, which analyzed debt against average income, the current debt load is just $ 177 away from being “unsustainable,” suggesting a debt crunch could be in the offing. WalletHub also noted that the Federal Reserve is expected to increase interest rates on December 19, which could add even more strain on American households.

In fact, American credit card debt is nearing its highest point since the Great Recession and could top it in the next year. Thirty years ago in 1988, the average American household’s credit card debt hovered at just $ 2,000.

Still, Americans have worked to pay off some debt. WalletHub’s data found that Americans paid off $ 40.8 billion in credit card debt in the first quarter, representing the second-largest quarterly debt payoff ever. However, since then, Americans have added back $ 38 billion in debt to their cards.

“It’s not a question of whether consumers are weakening financially,” WalletHub wrote in its study. “It’s a matter of how long this trend will last and just how bad it will get.”