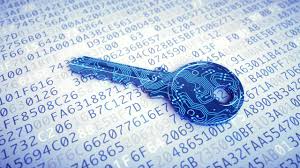 BlackRock Sees Recession Risks Rising. Here’s What Investors Should Do

If thoughts of an impending recession have begun to trouble your mind, you’ve got plenty of company—including the investing team at world’s biggest asset manager. In their annual Global Investment Outlook, released Monday morning, strategists at $ 6.4 trillion giant BlackRock say that a recession isn’t likely in 2019. “Yet the odds are set to rise steadily thereafter,” they caution, “with a cumulative probability of more than 50% that recession strikes by 2021.”

In the meantime, investors can expect slowing growth in corporate earnings and in the overall global economy. The takeaway: It’s time to adjust your portfolio for shaky times ahead.

The S&P 500 is down about 10% from its September peak. In an interview with Fortune, Richard Turnill, BlackRock’s global chief investment strategist, made the case that conflict between the U.S. and China explained much of that steep decline. “Stocks have now priced in a significant amount of that risk,” Turnill says.

(Read “Here’s What the World’s Biggest Investor Thinks Markets Will Do Next.”)

But while those tensions remain a threat to the global economy, Turnill adds that “financial conditions and financial vulnerabilities”—specifically, a combination of rising interest rates and rising debt levels—are now a potentially greater factor driving recession risk.

Much of the global economy’s growth has hinged on historically low rates. But while monetary policy at the Federal Reserve and other central banks “is still loose, or at least on the loose side of neutral,” Turnill says, short-term worries about inflation make it likely that those banks will continue to raise benchmark interest rates. And as financing costs rise with those rates, they’ll make it harder for many companies and industries to grow.

This might not be a problem if corporate and government balance sheets were pristine. But U.S. federal deficits are approaching the $ 1 trillion mark again. Businesses are becoming alarmingly leveraged, as well: The BlackRock report notes that there’s now more than $ 9 trillion of outstanding global investment grade corporate debt, twice as much as 10 years ago. What’s more, about half of that total is riskier debt that is rated BBB, not far above junk-bond status.

How to play defense

Add trade uncertainty and other geopolitical tensions—especially in a shaky and potentially fragmented Europe—and you’re drawing up a blueprint for slower corporate earnings and more market volatility. Still, investors shouldn’t pull out of the markets and sideline themselves, says Turnill, not least because “in late cycles, you tend to see positive returns for both equities and bonds.”

In stocks, Turnill and BlackRock recommend focusing on the stocks of companies with strong balance sheets, ones that are less likely to be weighed down by their own debt if interest rates rise or their own revenue growth slows. BlackRock also likes stocks in emerging markets, where corporate debt burdens are relatively low, and where a rough 2018 has made stocks attractively priced, including in China.

(Read: “Why Emerging Markets Are a Screaming Buy.”)

In fixed-income investing, BlackRock likes U.S. government and corporate bonds with a roughly 2-year duration. With rates rising, those shorter-term bonds now pay an attractive yield, and they’re less vulnerable than longer-duration bonds are to price volatility when benchmark rates and inflation rise. Food for thought for stock market purists: A mix of 60% stocks and 40% bonds has historically outperformed U.S. stocks and global stocks in the four quarters before a recession starts.