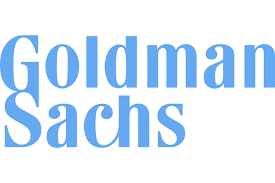 Following the election of President Donald Trump in 2106, investment banking giant Goldman Sachs was among the largest biggest beneficiaries of the new administration. Shares of the banking titan were soaring, while several notable alums including the likes of Gary Cohn had a direct line to the new commander-in-chief.

Now two years down the road, not only has Goldman Sachs lost most of its friends in ever revolving White House, shares of the banking giant have also lost the so-called Trump bump—the boost stocks received upon Trump election, catalyzed by promises of tax cuts, looser bank regulation, and greater infrastructure spending.

Shares Goldman Sachs fell 2.4% on Friday, closing below pre-election levels at $ 179.70, valuing the company at about $ 67 billion. That figure compares to a high of about $ 106 billion in early 2017. Now, Goldman is the only of the seven major U.S. banks trading below its pre-election levels (that group includes J.P. Morgan, Bank of America, Wells Fargo, Citigroup, Morgan Stanley, and U.S. Bancorp). In fact, the bank is now valued at below its longtime rival, Morgan Stanley.

Goldman Sachs’ woes come in part due to factors outside of its control: Like the rest of the stock market, shares of the Wall Street bank took a hit Friday due to concerns about the trade war with China, as well as a November jobs report that came in below expectations.

But unlike Goldman Sachs, the rest of the stock market is still trading 26% above its pre-election levels.

What has made all the difference for Goldman Sachs’ shareholders: The so-called 1MDB scandal that is threatening to tarnish a reputation the bank has spent the last decade rehabilitating.

The bank has come under increasing scrutiny for its part in the scandal, in which individuals including Malaysian Prime Minister Najib Razak have been accused of embezzling billions of dollars from the state-run 1Malaysia Development Berhad fund, or 1MBD. Goldman Sachs had been in charge of selling over $ 6 billion worth of bonds issued by the fund.

Then in early November, the Department of Justice accused former Goldman Sachs banker Roger Ng of conspiring to launder from the investment fund. Another former employee of the bank, Tim Leissner, was also revealed to have plead guilty to charges of laundering funding.

The DoJ is still investigating the bank’s own role in the scandal. According to the department, Goldman Sachs has received over $ 600 million in fees and revenues from the deal.

Since the DoJ revealed the accusation and guilty plea in November, a steady trickle of news surrounding the bank’s role in the scandal has only fueled worries about just how large of a problem the 1MDB scandal could be for Goldman Sachs. In mid November, an Abu Dhabi sovereign wealth fund known as International Petroleum Investment Company sued the bank, alleging Goldman Sachs’ had conspired with others to bribe a former executive in the Middle Eastern wealth fund. Malaysia’s government has also said that it hopes to reclaim those $ 600 million in revenues and fees taken in by Goldman.

“Goldman Sachs is cooperating with the investigation, but it is unclear how long the issue will take to resolve, what the fines and penalties ultimately will be (we estimate $ 1.8 billion for the DoJ), and what costs Goldman Sachs will subsequently incur to satisfy any requirements from regulators,” a team of Morgan Stanley analysts led by Betsy Graseck wrote in a note earlier this week.

Beyond just the monetary fines, the bank may also be required to add further compliance controls or undergo cultural shakeups.

In his guilty plea, Leissner pointed fingers at the banking giant’s perceived culture of tactical omission. For example, Leissner said he did not inform the bank that 1MDB funds were being promised as bribes to foreign officials in a bid to bring Goldman further business. He added that he believed the omission to be: “very much in line of its culture of Goldman Sachs to conceal facts from certain compliance and legal employees of Goldman Sachs.”

Goldman for its part has consistently denied wrongdoing.

And in a voicemail left to employees following the unveiling of that plea, Goldman Sachs CEO David Solomon painted a picture of a few bad apples, rather than a widespread cultural problem within the bank.

“The behavior of those individuals is reprehensible and inconsistent with the good work and integrity that defines work that 40,000 of you do every day,” Solomon said.

Certainly much depends on the Department of Justice, and the bank’s clients, coming to a similar conclusion—but whether that image holds water though is one investors are increasingly questioning, if the bank’s stock price is anything to go by.

“There had been significant uncertainty regarding Goldman Sachs’ true involvement with the 1MDB scandal and the most recent developments confirm to us that the concerns are more than just noise,” Keefe Bruyette and Woods analysts wrote in a recent note.