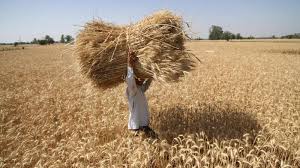 India has dropped a plan to double a wheat import tax to 40 percent, two government sources said, in a sign it expects imports to make up for a shortfall in domestic production for the third year in a row.

As late as a few weeks ago, the food, trade and finance ministries were considering hiking the tax to 40 percent to ensure that local prices remained steady and millions of domestic farmers got good returns for their harvest.

The government tries to keep local wheat prices steady until at least May/June, by when farmers would have sold their wheat crop. The grain is grown only once in a year in India, with plantings in October and harvests from March.

The three concerned ministries have decided against raising the tariff for now, the two government officials told Reuters.

The officials, who are directly involved in decision making, declined to be identified because they are not authorised to speak to the media.

Traders said the decision to avoid hiking the import tax implied that the crop could be lower than forecast.

“We can now infer that production will be less than expected, and in my view, it’s going to somewhere between 91-92 million tonnes,” said Tejinder Narang, a New Delhi-based analyst who advises some leading global trading companies.

In February, the farm ministry forecast that this year’s harvest would reach 97.11 million tonnes against a target of 98.51 million tonnes. Local media quoted two government officials as saying output would even cross 100 million tonnes.

Wheat demand in India, the world’s second-biggest producer and consumer of the grain, is estimated at about 100 million tonnes, with consumption rising by 1-1.5 percent a year.

Traders said it was too early to accurately pin down India’s wheat imports this year, but most said they believed it could be between 2-4 million tonnes with the rest of the demand being met by stocks.

Purchases by India could buoy the benchmark Chicago price that hovered just above the prior session’s one-month low on Wednesday.

Most import cargoes are booked by flour millers near port cities in the southern parts of India, as they find it cheaper to buy from Australia, Russia and Ukraine.

Imported wheat is mostly blended with Indian flour to make pizzas and pasta.