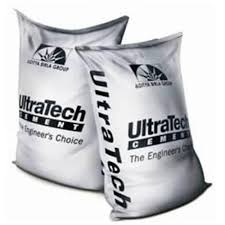 MUMBAI (Reuters) – Top Indian cement maker UltraTech (ULTC.NS) said on Tuesday it had secured backing from some creditors of Binani Cement to buy the firm for $ 1.1 billion outside of a bankruptcy process, a move that is testing India’s new insolvency proceedings.

As part of the bankruptcy process, a panel made up of Binani’s creditors has already approved a rival bid by a group including Dalmia Bharat (DALA.NS) and a fund backed by Bain Capital and India’s Piramal Enterprises (PIRA.NS).

But UltraTech said on Monday it had offered 72.66 billion rupees ($ 1.1 billion) for the firm after an approach by Binani Cement’s parent, which it said would mean creditors were paid in full and the firm could end its insolvency process.

UltraTech’s move will be a test case for India’s fledgling bankruptcy process, which typically does not allow talks between a firm that is being pursued in bankruptcy court and a prospective bidder.

UltraTech Chief Financial Officer Atul Daga told Reuters some of Binani Cement’s lenders backed his firm’s bid, adding that the bankruptcy law allowed a company to withdraw from the process if creditors were paid off.

“There are creditors who are in favour of the bid because they were not getting full value from Dalmia,” Daga said in an interview, adding that UltraTech’s offer would mean creditors received full repayment of their debts.

He declined to name the creditors backing UltraTech’s bid.

Daga said UltraTech’s bid in the bankruptcy process was about 7 billion rupees ($ 107 million) more than its rival.

“What’s the spirit of the Insolvency and Bankruptcy Code? It’s to maximise value,” Daga said, adding that UltraTech had applied to India’s antitrust watchdog the Competition Commission of India (CCI) and was confident of winning approval.

Vijaykumar Iyer, the court-appointed administrator for Binani Cement, declined to comment, citing the confidentiality of the proceedings.

Dalmia Bharat said in a filing late on Tuesday its offer for Binani Cement had been filed with the court for approval and it had submitted a bank guarantee to the administrator.

The bankruptcy court is scheduled to hear Binani’s application seeking to withdraw from bankruptcy proceedings on Thursday, a senior adviser for the Binani group had told Reuters on Monday.

The adviser, Sameer Kaji, said Binani group was ready to raise the case to a higher court if the National Company Law Tribunal did not allow it to withdraw from bankruptcy proceedings.

It was not immediately possible to reach Binani group for comment on Tuesday.